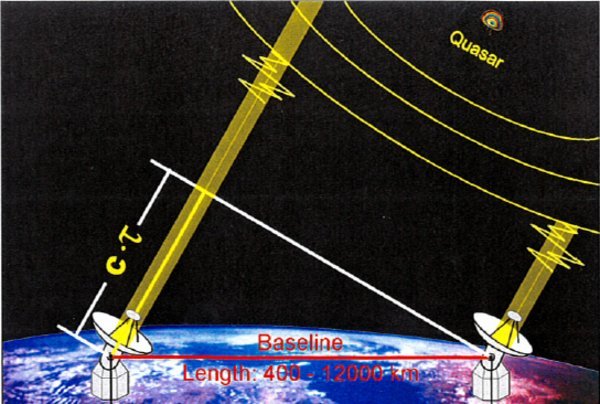 A conventional radio interferometer consists of two or more radio telescopes, connected via wire or radio link to an unique larger antenna system. Baselines are the distances between the telescopes. An interferometer gives much more detailed images of simultanous observed radio sources than a single telescope of an antenna array. The resolution of a radio image depends on the distance between two telescopes and the wavelength of the received signal 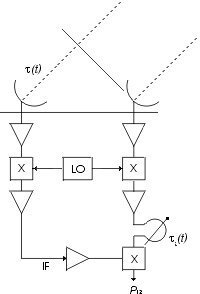 VLBI achieves high angular resolution by using two or more widely separated radio telescopes and recording video signals on memory units. With regard to the angular resolution, such an interferometer can be seen as a huge single radio telescope that can achieve the diameter of continents or the whole earth. With very long baselines, smallest details with an angular extension of 0.0001 seconds of arc can be separated. This extremely high resolution not only opens new ways in research of compact radio sources inside and outside the galaxy, it also gives a chance to survey points on earth within an accuracy of few cm, and allows direct movement determination of the solid surface of the earth (tides and continental drift). 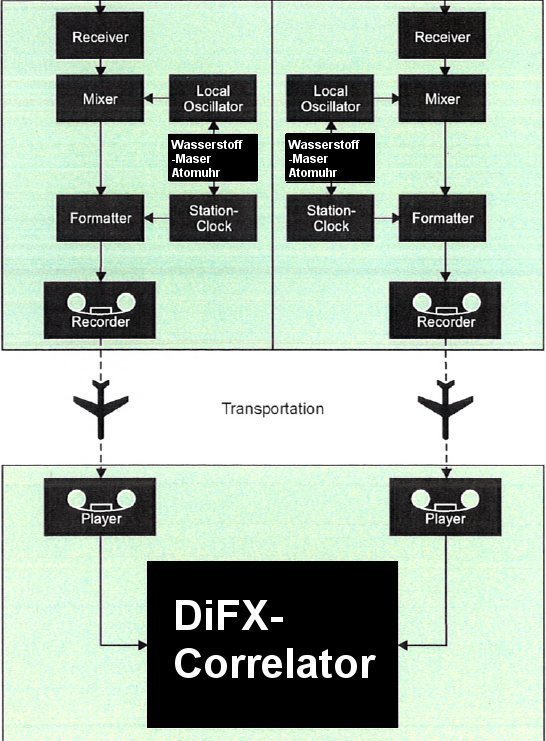 This system requires very high accuracy in time. It has become easy to maintain time at an observatory to the accuracy required for VLB experiments. A rubidium oscillator keeps time to one part in 10¹², or a few microseconds per month. The clocks are set against any of the network of cesium standard time stations which are maintained around the world, or by Loran-C where it is available. GPS is also used for controlling time. The recorded video signals are later brought together and cross-correlated, using a DiFX-Correlator