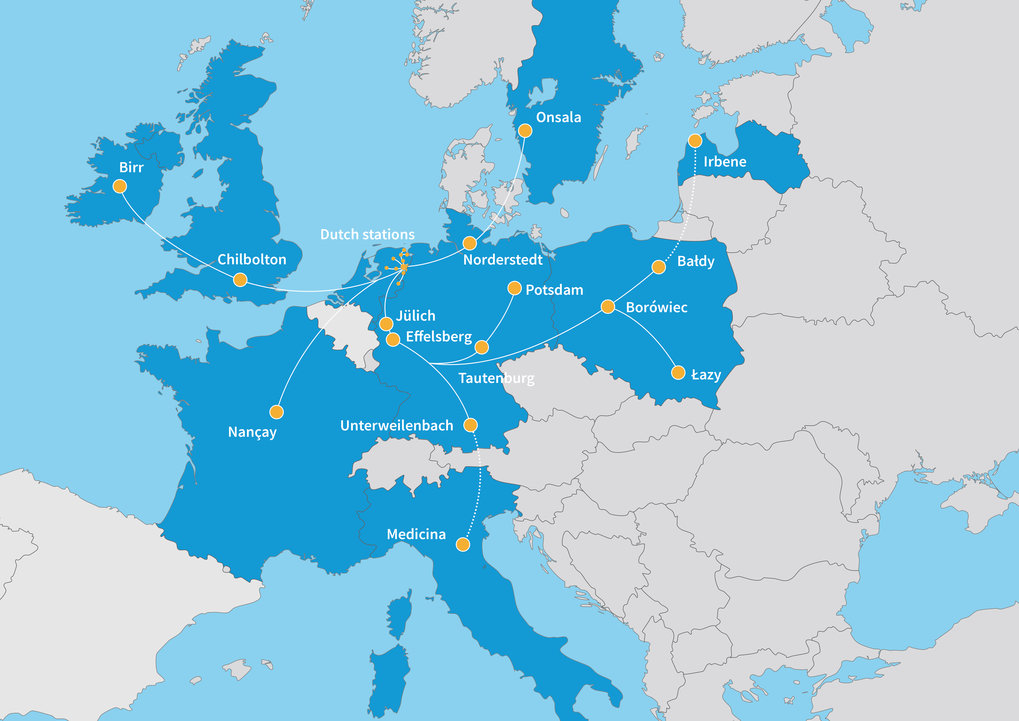 LOFAR, the Low Frequency Array, is a new European radio telescope constructed by ASTRON in the Netherlands,  operating in the largely unexplored frequency range between 10 and 240 MHz. 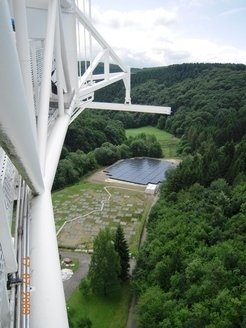 LOFAR leads the way for a new generation of radio telescopes, like the planned Square Kilometre Array (SKA), consisting of a multitude of small and cheep antennas without moving parts.

The digital radio images are synthesized in supercomputer in real time. The innovative design of digital beam-forming will allow to point the telescope simultaneously at several positions on sky. In principle, the whole visible radio sky can be monitored continuously. LOFAR consists of 38 stations in the Netherlands, 6 stations in Germany and further stations in other European countries, each with 96 x 2 dipoles for the frequency range 10-80 MHz and 48 x 16 or 96 x 16 antennas (each with 2 dipoles), respectively, for the range 110-240 MHz. The first German station was built since 2007 next to the 100-m Effelsberg radio telescope (see picture aside) and completed in July 2009, the second near Tautenburg (Thüringen) was completed in November 2009, the third German station near Garching (Unterweilenbach) in 2010, the fourth in Bornim near Potsdam, the fifth in Jülich in 2011, and the sixth in Norderstedt near Hamburg in 2015. The stations in Chilbolton (southern England), Nançay (south of Orleans, central France), in Onsala (southwestern Sweden), three stations in Poland, one in Birr (Ireland), and one in Irbene (Latvia) are operating. Another station is planned in Medicina (Italy). LOFAR was officially opened by the former Dutch Queen Beatrix on 12 June 2010. Regular observations started in December 2012. An interactive map of all LOFAR stations can be found here.