A new radio astronomical receiver project of the Max Planck Institute for Radio Astronomy has received full funding by the Max Planck Society.  The scientific defined frequency range from 1.6 to 3.5 GHz can only be observed under significant sensitivity losses with the 100-m Effelsberg radio telescope due to man-made radio emission, the so-called Radio Frequency Interference. Thus the MeerKAT observatory, currently under construction in South Africa, has been chosen as a host for this receiver system. MeerKAT, will be the most sensitive observatory of the southern hemisphere in the centimetre wavelength regime. Thanks to its unique location at the Karoo semi-desert in South Africa, MeerKAT is hardly influenced by interference. The 11 Million Euro receiver project will not only grant the Max Planck scientists access to a world-class facility and its unique unrestricted view on our galaxy but also extend the frequency range for all MeerKAT scientists and thus empower MeerKATs scientific potential even further. 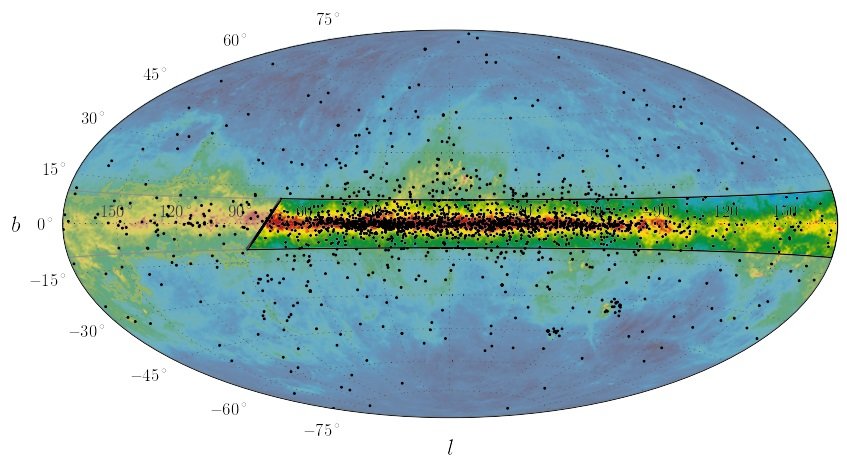 Radio astronomy provides an independent view of the cosmos. It allows the study of objects and processes that are otherwise not accessible, and enables the study of a wide range of questions in fundamental physics and astrophysics. The discovery space is mostly limited by the sensitivity of the radio telescopes, but other factors like sky access, time and frequency resolution, throughput (or “survey speed”) and complementarity to existing facilities, are hugely important factors. Currently, major efforts are underway to make progress on all these factors. An upfront development is provided by the MeerKAT observatory in South Africa. When completed it will already be a world-class facility in stand-alone mode.

MeerKAT will even be more sensitive than the largest fully-steerable radio telescopes in the Northern hemisphere, the 100-m radio telescope at Effelsberg and the Green Bank Telescope in West Virginia. In addition, it will provide a spatial resolution comparable to an 8 km diameter telescope. The science potential of MeerKAT is therefore enormous.

“The MeerKAT receiver project at our institute provides a receiving system that is finely tuned to the science interests of Max Planck scientists”, says Gundolf Wieching, head of the Electronics division at MPIfR where the new receiver will be built. “This will allow us to exploit this formidable new instrument and to bring Max Planck scientists to an optimal position to harness other future facilities.”

The funded receiver for a frequency range from 1.6 to 3.5 GHz will enable science that falls into the core interests of the MPIfR. “Our research interests include fundamental physics with tests of theories of gravity and gravitational wave detection by means of pulsar observations”, states Michael Kramer, Director at MPIfR and Head of its Fundamental Physics research department. “The project is actually expected to do transformational science on pulsars and other areas of astronomy.” Other areas include the exploration of the dynamic radio sky, for example with the detection of fast cosmological radio bursts, and also highly sensitive molecular spectroscopy of the interstellar medium or high-resolution imaging of radio sources using Very Long Baseline Interferometry. Each of these science topics alone makes the exploitation of MeerKAT extremely desirable, but together they provide the most compelling background for an excellent positioning of Max Planck scientists in this highly active research field.

In addition to providing the frontend, the complete project also includes the design and the construction of a state-of-the-art digital backend system which will turn MeerKAT into a discovery machine for pulsars and other time-domain phenomena. The receiver system will be designed and constructed by the MPIfR in collaboration with colleagues from the Universities of Manchester and Oxford “The investment is an endorsement of the excellence of the MeerKAT and the South African team which designed and is building it”, concludes Bernie Fanaroff, Director of the SKA South Africa project. “We welcome the strong and growing collaboration between South African and German scientists in astronomy.” 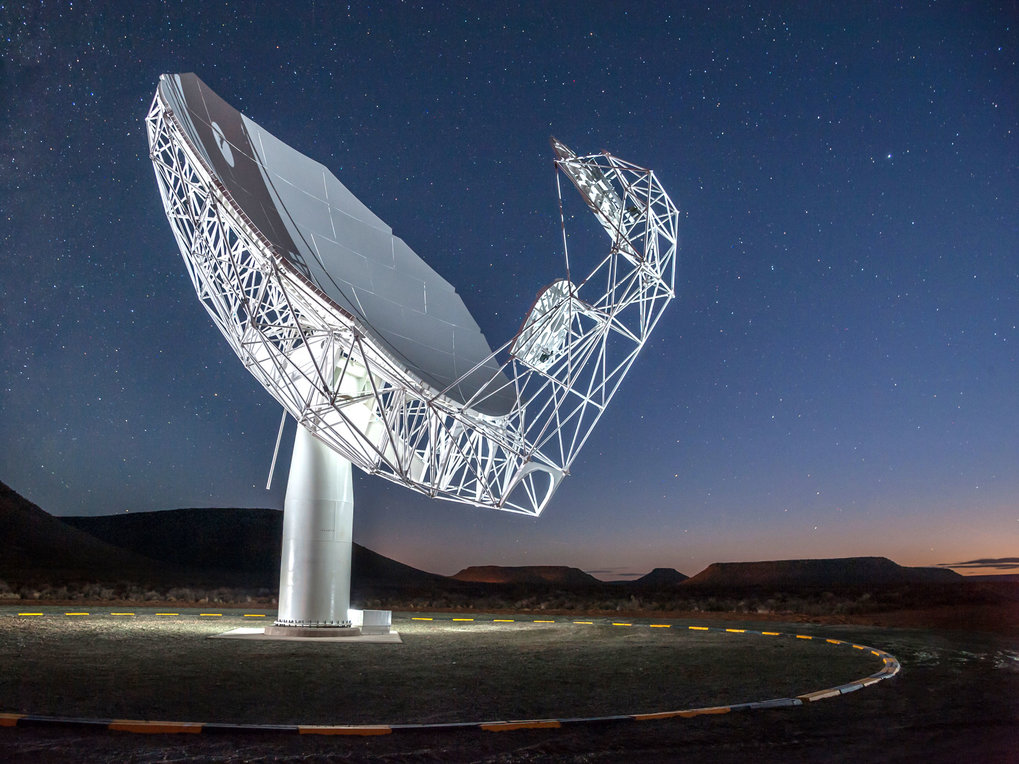 The MPIfR MeerKAT Receiver will provide a receiving system, i.e. a frontend plus a backend system for time-domain processing. The detection frequency covers a range from 1.6 to 3.5 GHz, it is a dual polarization system with an analogue to digital converter stability below one pico second (10-12 s, this is equivalent to a light travel distance less than 0.3 mm). The continuous data rate of 5.5 TeraBit/sec (1 TeraBit = 1012 Bit) is equivalent to the content of 147 DVDs per second or 0.5 million DVDs per hour. With such a huge amount of data they have to be reduced online, requiring a calculation power of several PetaOps (1015 operations per second). These highly demanding requirements will lead to new technological developments also useful for future instrumentations beyond the scope of radio astronomy.

MeerKAT is a fully funded radio observatory under construction in the Northern Cape of South Africa. It will be the largest and most sensitive radio telescope in the Southern hemisphere until its integration into the Square Kilometer Array (SKA) in the middle of the next decade. MeerKAT will consist of 64 13.5-m dishes, each with an offset-Gregorian configuration, designed by the German VERTEX company. Such configuration provides an unblocked aperture for increased sensitivity but also facilitating optical, imaging quality and good rejection of unwanted radio frequency interference from satellites and terrestrial transmitters. When completed, MeerKAT will be nearly 5-times more sensitive than the 64-m Parkes radio telescope, the largest radio telescope in the Southern Hemisphere now.