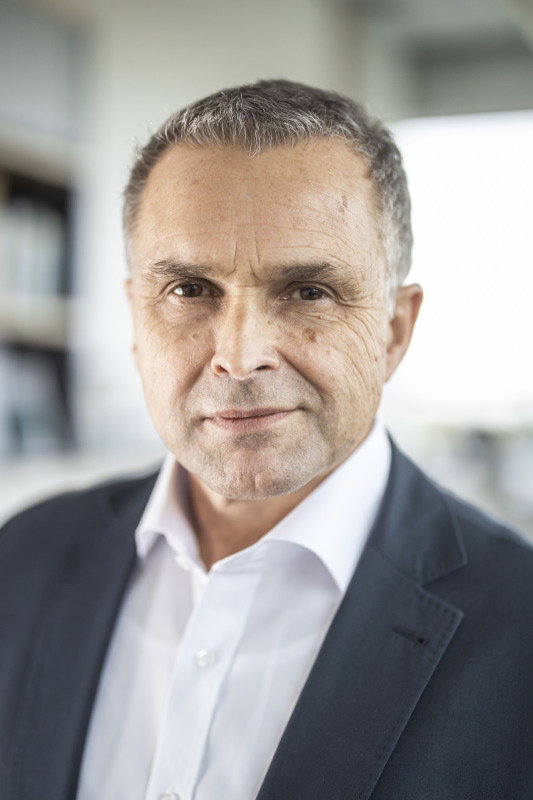 The Breakthrough Foundation has announced today that the Event Horizon Telescope Collaboration will receive the 2020 Breakthrough Prize in Fundamental Physics, in recognition of the first image of a black hole in the galaxy Messier 87. The $3 million prize will be split equally among all coauthors of the related scientific publications.  The Max-Planck-Institut für Radioastronomie in Bonn has played a major role in this achievement. 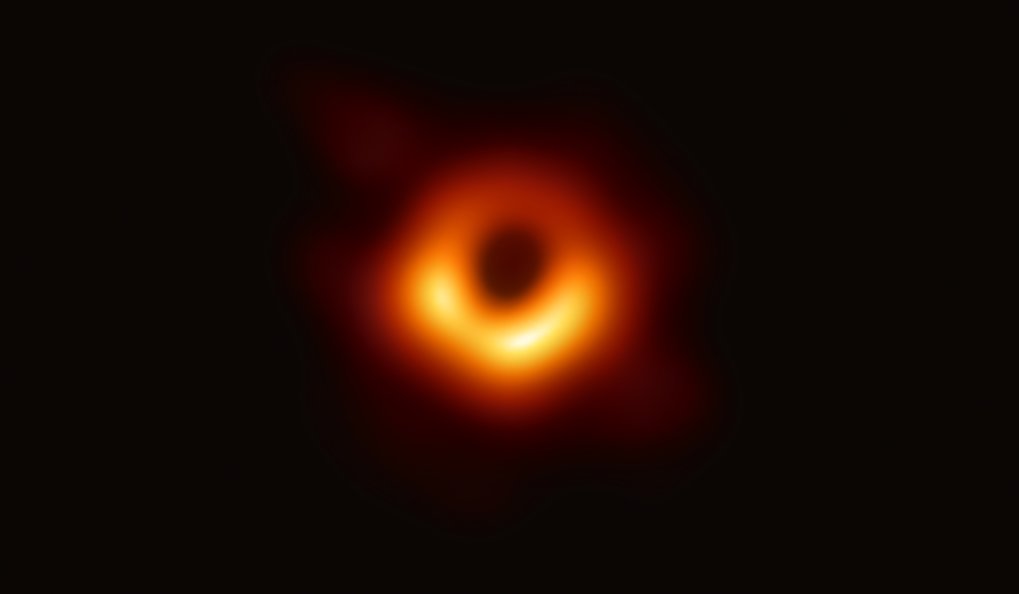 The first direct visual evidence of the supermassive black hole in the centre of the galaxy Messier 87. The shadow of ... [more]

The first direct visual evidence of the supermassive black hole in the centre of the galaxy Messier 87. The shadow of the black hole was revealed in observations with the Event Horizon Telescope (EHT), a planet-scale array of eight ground-based radio telescopes.  This major discovery was presented in April 10, 2019, in coordinated press conferences around the world and in six publications in the Astrophysical Journal Letters.

The first direct visual evidence of the supermassive black hole in the centre of the galaxy Messier 87. The shadow of the black hole was revealed in observations with the Event Horizon Telescope (EHT), a planet-scale array of eight ground-based radio telescopes.  This major discovery was presented in April 10, 2019, in coordinated press conferences around the world and in six publications in the Astrophysical Journal Letters.

“The effort of over twenty years of preparation has born fruit in the first image of a black hole, a result of a large collaboration with many astronomers giving their best.  We are delighted that our collective effort will be awarded the prestigious Breakthrough Prize. It is a wonderful recognition of patient and thorough work of a great team.”, says Prof. Anton Zensus, Chair of the EHT Collaboration Board and Director at the MPIfR.

The Breakthrough prize release states: "Using eight sensitive radio telescopes strategically positioned around the world in Antarctica, Chile, Mexico, Hawaii, Arizona and Spain, a global collaboration of scientists at 60 institutions operating in 20 countries and regions captured an image of a black hole for the first time.  By synchronizing each telescope using a network of atomic clocks, the team created a virtual telescope as large as the Earth, with a resolving power never before achieved from the surface of our planet.  One of their first targets was the supermassive black hole at the center of the Messier 87 galaxy – its mass equivalent to 6.5 billion suns.  After painstakingly analyzing the data with novel algorithms and techniques, the team produced an image of this galactic monster, silhouetted against hot gas swirling around the black hole, that matched expectations from Einstein's theory of gravity:  a bright ring marking the point where light orbits the black hole, surrounding a dark region where light cannot escape the black hole's gravitational pull."

Collaboration Director Shep Doeleman of the Harvard-Smithsonian Center for Astrophysics, who will accept the prize on behalf of the collaboration at the ceremony on Nov 3rd, 2019, says: "We set out to see the unseeable, and we needed to build a telescope as large as the Earth to do it. It sounds like science fiction, but we assembled an incredible global team of experts and used the most advanced radio telescopes on the planet to make it a reality.  This breakthrough prize celebrates a new beginning in our study of black holes."

Recalling the words of Michael Kramer, Director at the MPIfR and Co-PI of the „Black Hole Cam“ project funded by the European Research Council as part of the EHT: “After decades of postulating black holes only indirectly, we can finally „see” them in our observations”.

“Our telescope APEX in Chile was fundamental as part of the array and especially in the calibration of the data which yielded the first image of a Black Hole”, adds Karl M. Menten, Director at the MPIfR and principal investigator of the APEX telescope.

A total of 35 scientists working at the MPIfR including its three directors will be awarded the Breakthrough Prize, along with 312 colleagues from around the world.

Members of the Event Horizon Telescope Collaboration team, during a special event in late April 2019 at the MPI für ... [more]

The EHT collaboration involves more than 200 researchers from Europe, Asia, Africa, North and South America. The international collaboration is working to capture the first-ever image of a black hole by creating a virtual Earth-sized telescope. Supported by considerable international investment, the EHT links existing telescopes using novel systems — creating a fundamentally new instrument with the highest angular resolving power that has yet been achieved.

The Breakthrough Prizes, awarded since 2013, will recognize the world’s top scientists. Each prize is $3 million and presented in the fields of Life Sciences (up to four per year), Fundamental Physics (one per year) and Mathematics (one per year). In addition, up to three New Horizons in Physics and up to three New Horizons in Mathematics Prizes are given out to junior researchers each year.

The awardees affiliated to the Max-Planck-Institute für Radioastronomie are following individuals, in alphabetical order:

Awardees affiliated to other German institutions: