A peek at the birth of the universe

The Square Kilometre Array (SKA) is set to become the largest radio telescope on Earth. Scientists of Bielefeld University and the Max Planck Institute for Radio Astronomy (MPIfR) with international partners have now examined the SKA-MPG telescope—a prototype for the part of the SKA that receives signals in the mid-frequency range. The study, published today (24 July) in the journal ‘Monthly Notices of the Royal Astronomical Society’, shows that the telescope, jointly developed by the MPIfR and MT-Mechatronics GmbH, is not only a prototype to test the SKA design, but can also be used on its own to provide insights into the origin of the universe. 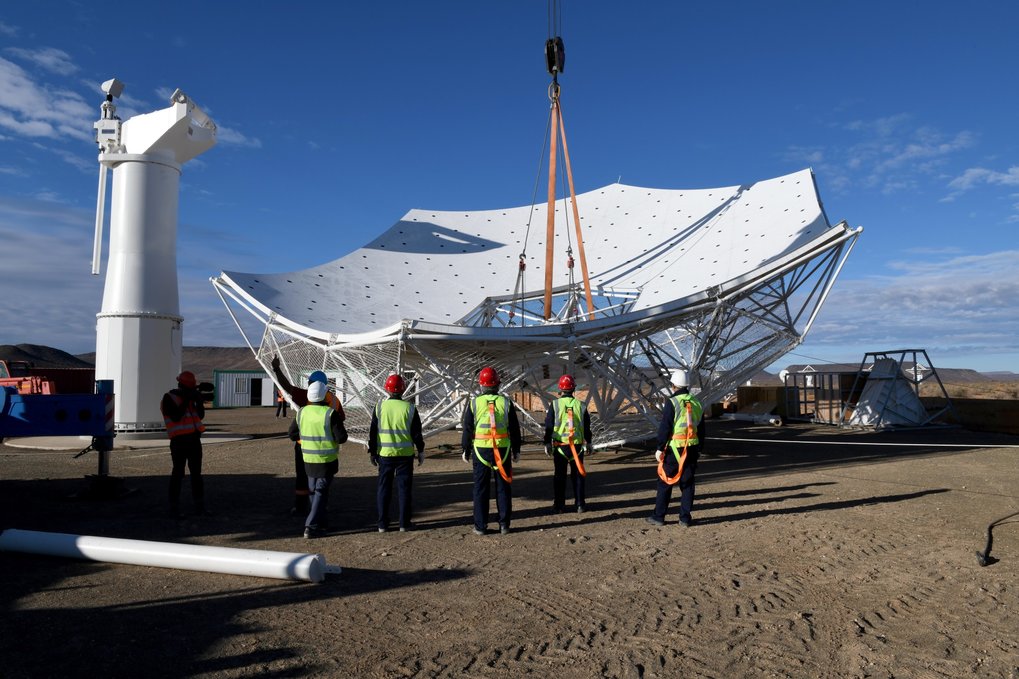 The SKA-MPG telescope was jointly developed by the Max Planck Institute for Radio Astronomy (MPIfR) in Bonn and MT-Mechatronics GmbH. The abbreviation ‘MPG’ stands for the Max Planck Society, which is funding the telescope. The radio telescope has a diameter of 15 metres and can receive signals between 1.7 and 3.5 GHz. It is currently being assembled in the South Africa’s Karoo desert. Dr Gundolf Wieching of the MPIfR, project leader of the telescope, expects a first regular deployment in autumn 2019.

The radio telescope is primarily designed as a prototype for a part of the SKA that receives signals from a medium radio frequency range. If the prototype performs well in a series of tests, around 200 such telescopes will be built for the SKA in South Africa. The SKA will observe medium as well as low radio frequencies. This second instrument is to consist of thou-sands of small radio antennas that can be combined to simulate a huge radio telescope. The two parts of the SKA will then extend over one square kilometre in Australia and South Africa—hence the name ‘Square Kilometre Array’. ‘Even with our prototype, we are able to look deep into the universe thanks to a clever design for the telescope and new developments in receiver and backend technology,’ says Dr Hans-Rainer Klöckner, astrophysicist at the MPIfR. ‘I am curious to see what we will discover once 200 of these telescopes are synchronised for the SKA’. The SKA will be used, for example, to explore gravitational waves and dark energy, or to test Einstein’s theory of relativity under extreme conditions.

The SKA will be the first global science organisation with locations on three continents: Africa, Australia, and Europe. In addition, data centres are being set up around the world. A special challenge lies in dealing with the enormous volume of data: the SKA will collect over 600 petabytes of observation data per year—equivalent to the storage capacity of more than half a million laptops.

The German research institutions involved in the preparatory work for the SKA have joined forces in the ‘German Long Wavelength Consortium’, including Bielefeld University and Max Planck Institute for Radio Astronomy. The consortium’s projects also include D-MeerKAT, in which the prototype SKA-MPG telescope is being evaluated—for example by the recently published study. The German Federal Ministry of Education and Research is funding D-MeerKAT as a joint research project. Professor Dr Dominik Schwarz, head of the Bielefeld Astroparticle Physics and Cosmology Working Group, coordinates D-MeerKAT. ‘Our investigations with the SKA-MPG telescope are an important independent contribution to modern cosmology—with a lot of work and a bit of luck, we may be able to open a new window into understanding the Big Bang,’ says Schwarz.

The Max Planck Institute for Radio Astronomy is participating in these projects, via (S-Band) receiver development for the MeerKAT radio telescopes and also via SKA-MPG prototype telescope in preparation for the SKA. 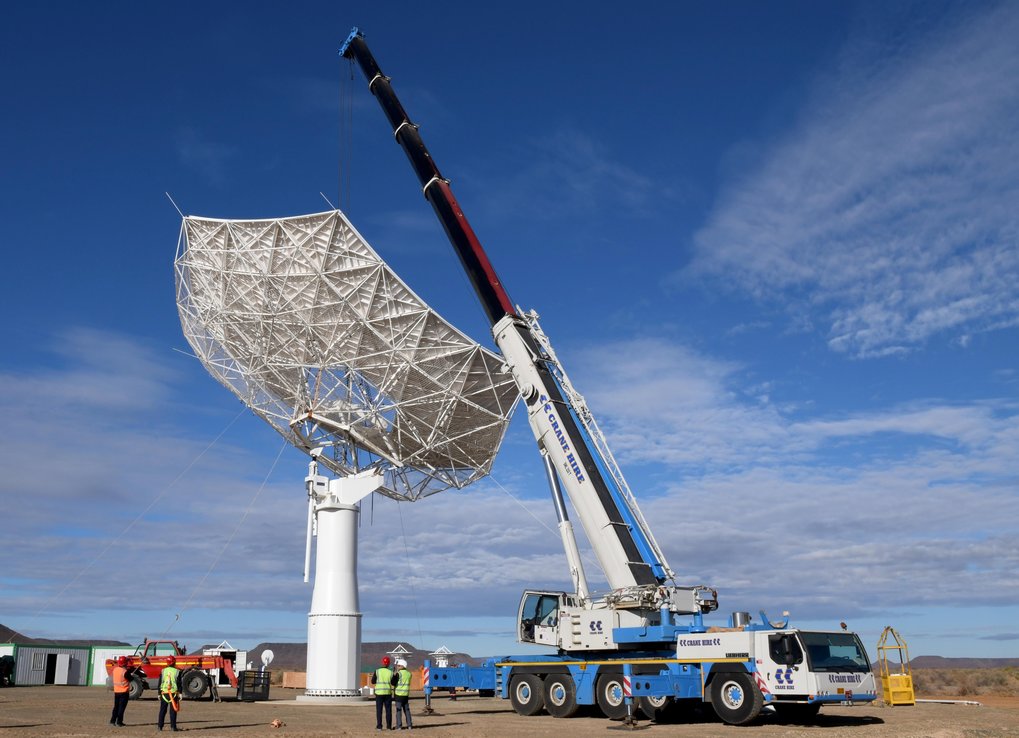 The SKA-MPG telescope was jointly developed by the Max Planck Institute for Radio Astronomy (MPIfR) and the MT-Mechatronics GmbH, and funded by the Max Planck Society (MPG). The surface of the dish (panels) was manufactured by the Chinese company CETC54.The German Federal Ministry of Education and Research (BMBF) is funding the work on the SKA-MPG through a joint research project coordinated by Bielefeld University.

SKA-MPG is hosted by the South African Radio Astronomy Observatory, which is a facility of the National Research Foundation, an agency of the Department of Science and Innovation in South Africa.