To their great surprise Astronomers of the Max-Planck-Institut für Radioastronomie in Bonn and the California Institute of Technology in Los Angeles have discovered a new molecule in space: ND3. This is a special form of ammonia, NH3, where all three hydrogen atoms are replaced by the heavier and rare isotope deuterium (similar as in heavy water - D2O). Such molecules which contain deuterium occur mostly in very cold clouds of gas and dust in our Milky Way. In such clouds, molecules with one or two deuterium atoms had been found before. The new molecule, however, is the first one with three deuterium atoms. The results are published in a letter to Astronomy & Astrophysics (Vol 388(3), L53: June IV, 2002).

Floris van der Tak and Peter Schilke made their observation at the Caltech Submillimeter Observatory, a telescope on the summit of Mauna Kea in Hawaii. This telescope operates at ultrahigh radio frequencies, where atmospheric water vapour strongly affects the measurements. At this site at 4.5 km above sea level, the air is exceptionally dry, making observations at frequencies up to 900 000 MHz (or only 0.33 mm wavelength) possible.

Atoms and molecules emit light at very specific frequencies, so-called spectral lines. By analyzing at which frequencies a cloud emits radiation, astronomers can determine the different molecules in the cloud. With the very sensitive receivers of the Caltech Submillimeter Observatory, a spectral line exactly at 309909.4 MHz was found. "This frequency exactly matches measurements of ND3 in laboratories on Earth. No other molecule emits at this frequency, and the detailed frequency profile of the line matches theoretical expectations, so that the identification is secure", says Floris van der Tak. 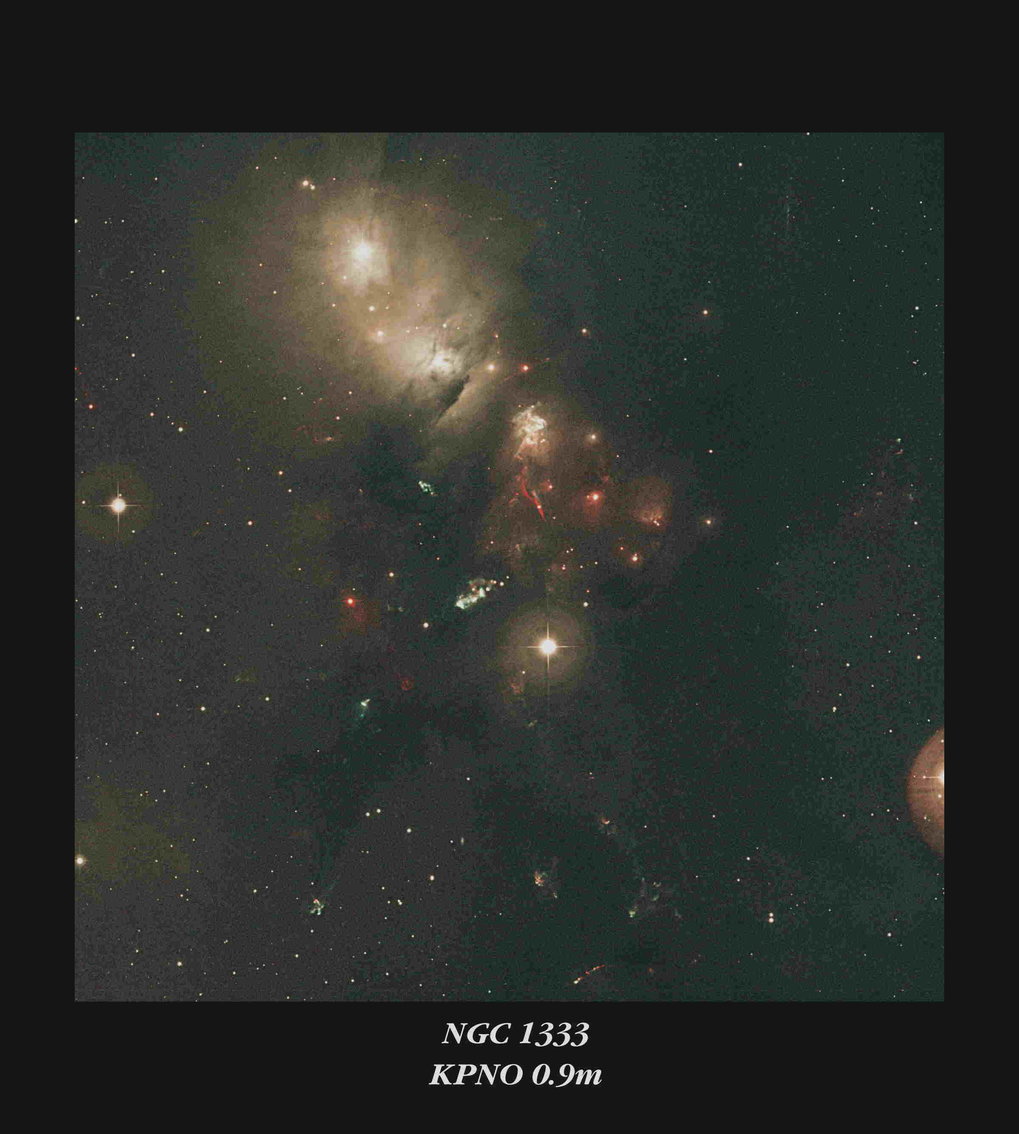 The clouds, where the new molecule was detected, are located in the constellations of Perseus and Ophiuchus, at distances of 500 to1000 light-years from Earth. Far away from any stars that would warm them up, these clouds have temperatures of just about ten degrees above absolute zero (corresponding to -260 degrees centigrade). The chemical reactions that lead to the substitution of hydrogen with deuterium atoms are most efficient at low temperatures. There are two kinds of such reactions: gas-phase reactions (like the burning of a flame), and reactions on the surfaces of solid particles (as occur in the catalysts in modern cars). Astronomers want to understand which kind of reaction produces molecules in interstellar space. The discovery of ND3 provides an opportunity to decide between the two routes, as gas-phase reactions typically replace more hydrogen with deuterium than surface reactions do.

Therefore, van der Tak and Schilke have also observed ordinary ammonia (NH3) in the same clouds, with the Effelsberg 100-m telescope in Germany. NH3 emits radiation at 24 000 MHz. At this frequency the atmosphere is transparent, allowing observations from sea level. The ratio of NH3 to ND3 varies in the observed clouds from 1600 to 3400. These values are by far too low for surface reactions, and suggest that interstellar ammonia is formed by gas-phase reactions.

"Deuterium enhancement in the interstellar medium has to be very efficient to produce as much ND3 as we have found", says Peter Schilke. It is amazing that this molecule has been detected at all since no-one had previously assumed that three-times deuterated ammonia could be detected in space.

Besides Floris van der Tak and Peter Schilke the team includes: Darek Lis and Tom Phillips from the California Institute of Technology, Holger Müller from the University of Cologne, and Maryvonne Gerin and Evelyne Roueff from the Observatoire de Paris. The research was sponsored by the National Science Foundation and by the Deutsche Forschungsgemeinschaft.