A Dance of Black Holes

A pair of supermassive black holes in orbit around one another have been discovered by an international research team including Stefanie Komossa from the Max Planck Institute for Radio Astronomy in Bonn, Germany. This is the first time such a pair could be found in an ordinary galaxy. They were discovered because they ripped apart a star when ESA’s space observatory XMM-Newton happened to be looking in their direction.

The findings are published in the May 10 issue of the “Astrophysical Journal”, and appeared online today at the astrophysics preprint server. 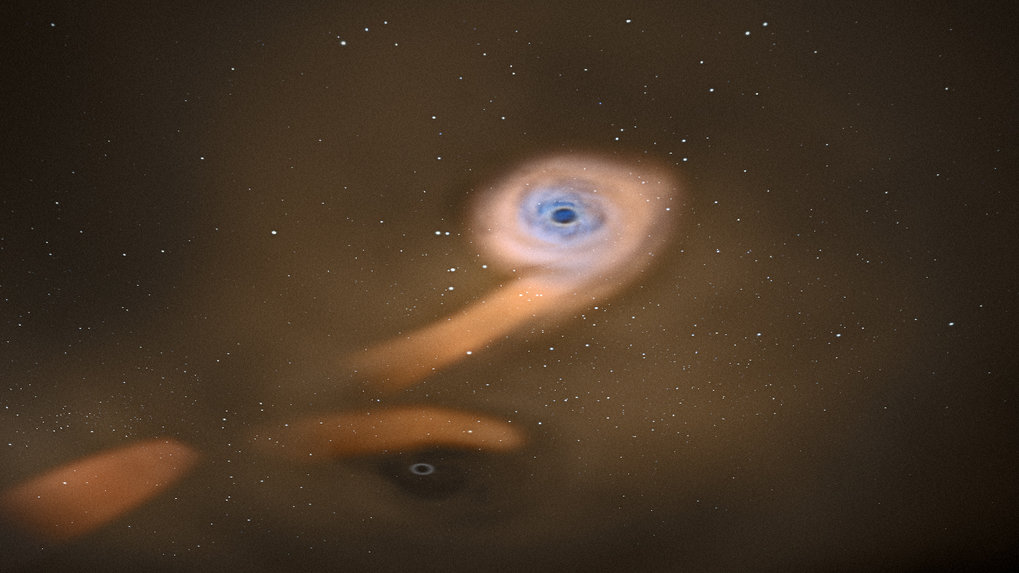 To date, only a few candidates for close binary supermassive black holes have been found. All are in active galaxies where they are constantly ripping gas clouds apart, in the prelude to crushing them out of existence.

In the process of destruction, the gas is heated so much that it shines at many wavelengths, including X-rays. This gives the galaxy an unusually bright centre, and leads to it being called active. The new discovery, reported by Fukun Liu from Peking University in China, and colleagues, is important because it is the first to be found in a galaxy that is not active.

“There might be a whole population of quiescent galaxies that host binary black holes in their centres,” says co-author Stefanie Komossa, Max-Planck-Institut für Radioastronomie, Bonn, Germany. But finding them is a difficult task because in quiescent galaxies, there are no gas clouds feeding the black holes, and so the cores of these galaxies are truly dark.

The only hope that the astronomers have is to be looking in the right direction at the moment one of the black holes goes to work, and rips a star to pieces. Such an occurrence is called a ‘tidal disruption event’. As the star is pulled apart by the gravity of the black hole, it gives out a flare of X-rays.

Usually, the observatory collects data from designated targets, one at a time. Once it completes an observation, it slews to the next. The trick is that during this movement, XMM-Newton keeps the instruments turned on and recording. Effectively this surveys the sky in a random pattern, producing data that can be analysed for unknown or unexpected sources of X-rays.

On 10 June 2010, a tidal disruption event was spotted by XMM-Newton in galaxy SDSS J120136.02+300305.5, approximately 2 billion light years away.  Komossa and her colleagues were scanning the data for such events and scheduled follow-up observations just days later with XMM-Newton and NASA’s Swift satellite.

The galaxy was still spilling X-rays into space. It looked exactly like a tidal disruption event caused by a supermassive black hole but as they tracked the slowly fading emission day after day something strange happened.

The X-rays fell below detectable levels between days 27 and 48 after the discovery. Then they re-appeared and continued to follow a more expected fading rate, as if nothing had happened.

Now, thanks to Fukun Liu, this behaviour can be explained. “This is exactly what you would expect from a pair of supermassive black holes orbiting one another,” says Liu.

Liu had been working on models of black hole binary systems that predicted a sudden plunge to darkness and then the recovery because the gravity of one of the black holes disrupted the flow of gas onto the other, temporarily depriving it of fuel to fire the X-ray flare. He found that two possible configurations were possible to reproduce the observations of J120136.

In both cases, the separation between the black holes was relatively small: 0.6 milliparsecs, or about 2 thousandths of a light year. This is about the width of our Solar System.

Being this close, the fate of this newly discovered black hole pair is sealed. They will radiate their orbital energy away, gradually spiralling together, until in about two million years time they will merge into a single black hole.

Now that astronomers have found this first candidate for a binary black hole in a quiescent galaxy, the search is inevitably on for more. XMM-Newton will continue its slew survey. This detection will also spur interest in a network of telescopes that search the whole sky for tidal disruption events.

“Once we have detected thousands of tidal disruption events, we can begin to extract reliable statistics about the rate at which galaxies merge,” says Stefanie Komossa.

When binary black holes merge, they are predicted to release a massive burst of energy into the Universe but not mostly in X-rays. “The final merger is expected to be the strongest source of gravitational waves in the Universe,” states Fukun Liu.

“The innovative use of XMM-Newton’s slew observations made the detection of this binary supermassive black hole system possible,” concludes Norbert Schartel, ESA's XMM-Newton Project Scientist. “This demonstrates the important role that long-lasting space observatories have in detecting such rare events that can potentially open new areas in astronomy.” 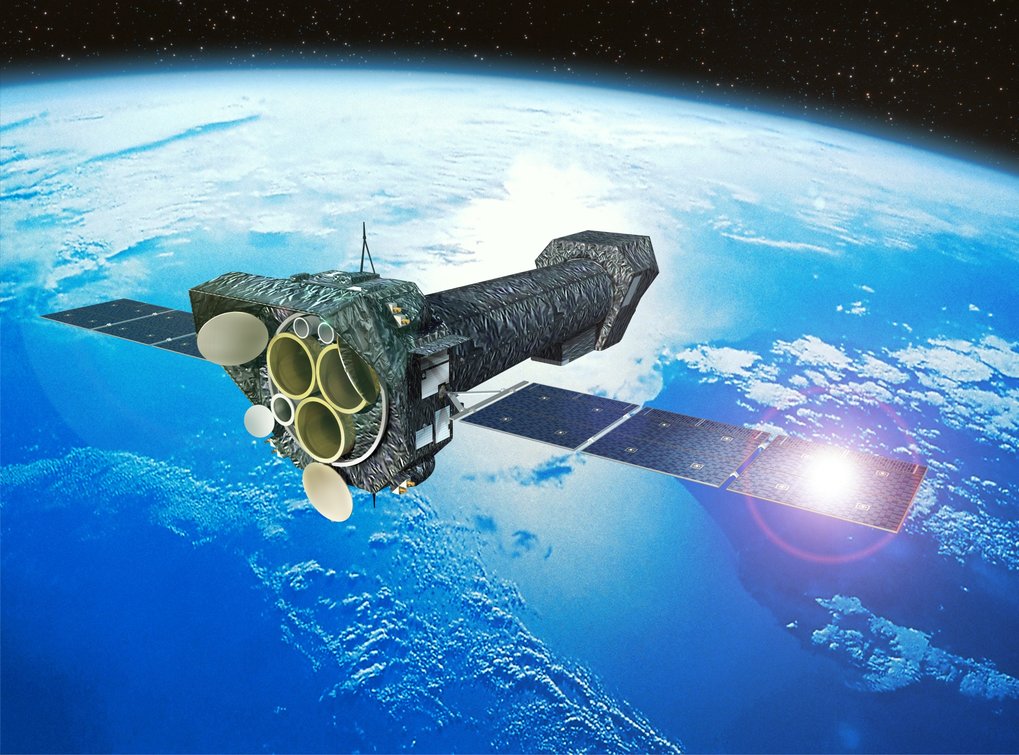 XMM-Newton: The European Space Agency's X-ray Multi-Mirror Mission, XMM-Newton, was launched in December 1999. It is the biggest scientific satellite to have been built in Europe and uses over 170 wafer-thin cylindrical mirrors spread over three high throughput X-ray telescopes. Its mirrors are among the most powerful ever developed. XMM-Newton's orbit takes it almost a third of the way to the Moon, allowing for long, uninterrupted views of celestial objects.

Gravitational Waves: Gravitational waves are ripples in the space-time continuum. Astronomers around the world are currently building a new type of observatory to detect these ripples. ESA is also involved in opening this new window on the Universe. In 2015, ESA will launch LISA Pathfinder, which will test the necessary technology for building a space-based gravitational wave detector that must be placed in space. The search for elusive gravitational waves is also the theme for one of ESA’s next large science missions, the L3 mission in the Cosmic Vision programme.

Sloan Digital Sky Survey: The name of the target galaxy, SDSS J120136.02+300305.5, refers to the Sloan Digital Sky Survey (SDSS), a spectroscopic redshift survey covering almost a quarter of the sky. The redshift of that galaxy was found to z = 0.146, corresponding to a distance of approximately 2 billion light years. The galaxy is in the direction of the constellation Ursa Major (with the “Big Dipper” as the best-known part of the whole constellation "Great Bear").