On July 9, 2014, Professor Dr.-Ing. Peter Georg Mezger, Emeritus Scientific Member of the Max Planck Society, died at the age of 86. 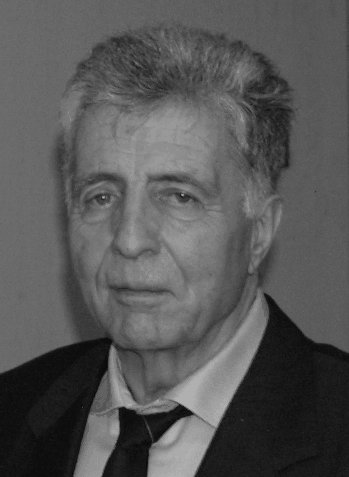 The lifelong scientific work of Peter Georg Mezger was characterized by a strong interest in technological development with a deep passion for radio astronomy. After studying physics at the Technical University in Munich, Peter Mezger started in 1954 at the University of Bonn to help building up the new Stockert radio telescope. He developed receiver systems and contributed significantly in the commissioning and the first astronomical measurements with these instruments. His Stockert results, published in the late 1950s/early 1960s found recognition in the scientific community. He changed to the central laboratory of the Siemens Company in Munich where from 1961 to 1963 he developed parametric amplifiers for the Stockert radio telescope.

After earning his doctoral degree in engineering at the Technical University in Darmstadt (1963) he worked at the National Radio Astronomy Observatory (NRAO) in Green Bank, USA. Again, he was able to combine working on the commissioning of the just finished 140 foot telescope with extensive astronomical observations. Here he performed seminal work on the ionized envelopes of very young high-mass stars, so-called HII regions, and the associated radio combination lines. In particular, he discovered a new class of these sources, ultracompact HII regions, that, with ages of just a few thousand years, are amongst the youngest known newly born stars.

In 1969 Peter Mezger received his call to the Max-Planck-Society as a scientific member and director of the Max-Planck-Institute for Radio Astronomy (MPIfR) in Bonn. Together with Professors Otto Hachenberg and Richard Wielebinski he worked as director of the institute that had just recently founded been (in 1965). In the following years Mezger’s main scientific interest was the determination of the primordial values of the helium abundance produced in the Big Bang by investigating this element’s radio recombination lines. Furthermore, he developed a strong interest in the center of our Galaxy and its environment. His investigations of the Galactic center covered of a broad wavelength spectrum and led to his interpretation of the massive source at the very center as a starving black hole.

Mezger was one of the earliest to recognize that observations at shorter, mm- and sub-mm wave lengths are necessary for a complete understanding of many areas of astronomy. Therefore, he significantly contributed to the building of the 30-meter millimeter radio telescope on Pico Veleta in southern Spain and the founding of the Institute for Radio Astronomy at Millimeter wavelength (IRAM, since 1979) located in Grenoble, which operates it. His driving interest in instrumentation resulted in the development of several successful bolometric systems for the 30-meter telescope that he used for Galactic center work and his quest for ever younger phases of star formation – so called proto stars – which are deeply embedded in dust and gas. The series of MPIfR bolometer cameras were widely and very successfully used by the international IRAM community.

The consequent next step was the development and construction of a special submillimeter telescope together with the Steward Observatory of the University of Arizona, the so called Heinrich Hertz Telescope on Mt. Graham in Arizona; first observations were performed in 1995. Mezger’s further aimed to create opportunities for observations at ever shorter wavelength, into the far infrared. To overcome the limitations of the Earth’s atmosphere, for this he used NASA’s Kuiper Airborne Observatory. Operating in the stratosphere, the KAO’s successes led to Mezger to strong push for German participation in planning the much more powerful Stratospheric Observatory for Infrared Astronomy (SOFIA), which is very successfully operating today.

Apart from his scientific work Peter Mezger was interested in the politics of science. Even in the cold war era he pressed to provide possibilities for collaborations in the field of radio astronomy between the Deutsche Forschungsgemeinschaft and the Academy of Sciences of the former Sowjet Union. In a similar way Mezger established collaborations with the People’s Republic of China which are lasting to the present day. With a similar intention he started collaborations in 1987 with the Universitäts-Sternwarte Jena. After unification in 1991 this led the establishment of the Max-Planck-Society partner group “Physics and Chemistry of Interstellar Dust in Star Formation Regions” in Jena.

In 1989 Peter Mezger was elected in the National Academy of Science Leopoldina. He became emeritus at 30.11.1996.

Not only as a scientist but also as a person he gave everybody who met him the impression of somebody fully dedicated to his aims. Once he found the right direction he followed his path even if there were obstacles in his way. His colleagues, students, and friends will always remember him as a pioneer of radio astronomy.

For contributions to our on-line condolence book, please use this email address: kondolenz@mpifr-bonn.mpg.de