The Milky Way Trail approaches the Effelsberg Radio Telescope from the south. It starts in the small village Burgsahr, part of the Kirchsahr municipality and leads directly to the visitors’ pavilion of the Effelsberg station. It is a fascinating trip through the Milky Way, our home galaxy, on a walk of 4 kilometres total length.

The Milky Way Trail was built as a cooperative project between the Max Planck Institute for Radio Astronomy and the Freundeskreis Sahrbachtal. The logo for the Milky Way Trail is a red telescope on a white background: 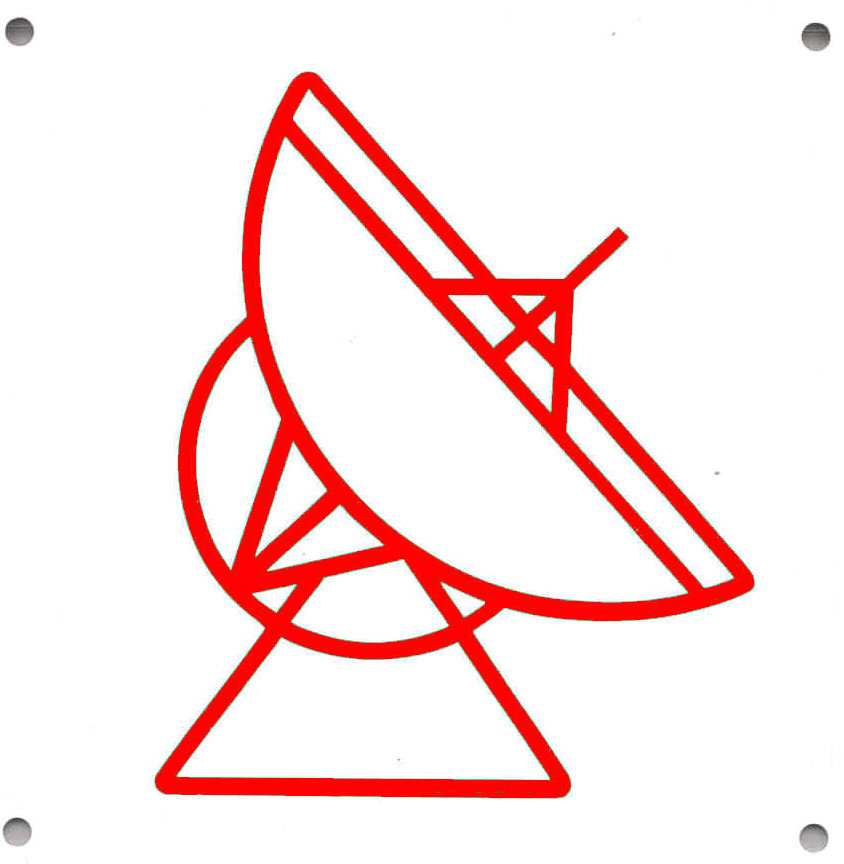 Here a link with trekking information on the Milky Way Trail:

The information presented at 19 stations of the Milky Way Trail is compiled in the following: 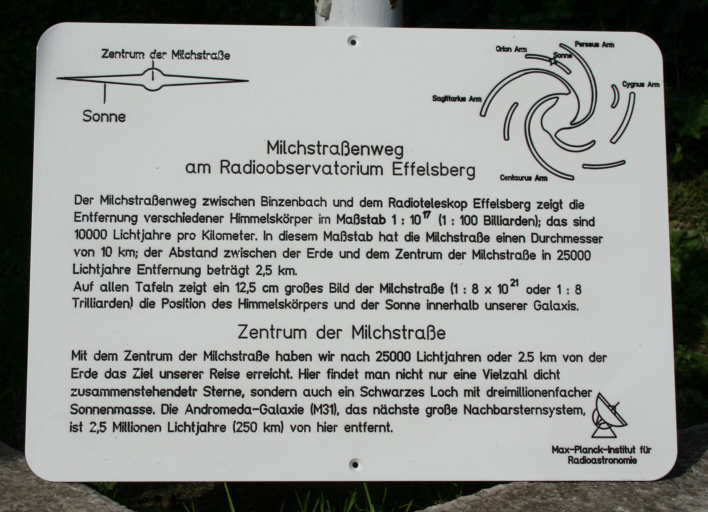 Each panel displays the position of the target described and the Earth, within our Milky Way on an edge-on image of 12.5 cm diameter (scale 1: 8 x 1021 or 1 : 8 sextillions) in the upper left. Across the complete length of 4 kilometres there is a total of 18 stations from IC 410 in the outer rims of the Milky Way right to the Galactic Centre. A virtual station no. 19 covers the Andromeda Galaxy (M31). Its real distance of 2.5 million light years scales to 250 kilometers – the station is located at such a distance at the “Haus der Astronomie” (HdA) on the Königstuhl mountain near Heidelberg: