The European Research Council (ERC) has awarded 14 Million Euros to a team of European astrophysicists to construct the first accurate image of a black hole. The team will test the predictions of current theories of gravity, including Einstein's theory of General Relativity, The funding is provided in the form of a Synergy Grant, the largest and most competitive type of grant of the ERC. 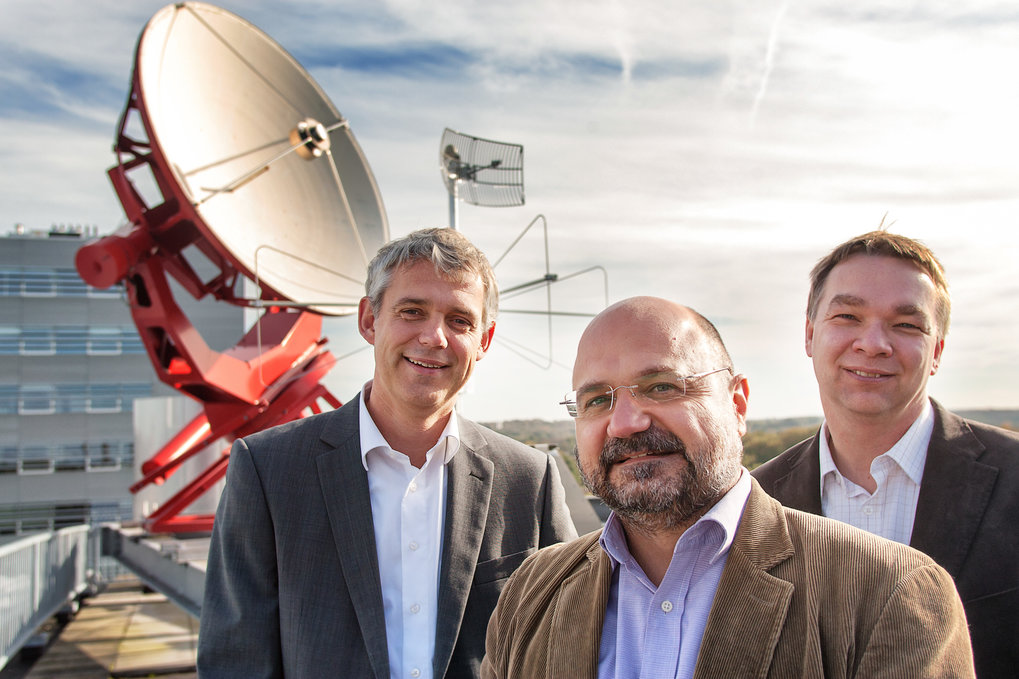 The team led by three principal investigators, Heino Falcke, Radboud University Nijmegen, Michael Kramer, Max-Planck-Institut für Radioastronomie, and Luciano Rezzolla, Goethe University in Frankfurt, hopes to measure the shadow cast by the event horizon of the black hole in the center of the Milky Way, find new radiopulsars near this black hole, and combine these measurements with advanced computer simulations of the behaviour of light and matter around black holes as predicted by theories of gravity. They will combine several telescopes around the globe to peer into the heart of our own Galaxy, which hosts a mysterious radio source, called Sagittarius A* and which is considered to be the central supermassive black hole.

Synergy grants are awarded by the ERC, on the basis of scientific excellence in an intricate and highly competitive selection procedure. The grants have a maximum limit of 15 Million Euros and require the collaboration of 2-4 principal investigators. In the current selection round the ERC honoured 13 out of 449 funding proposal, which corresponds to a success rate of less than 3%. Proposals were submitted from all areas of European science. This is the first time an astrophysics proposal has been awarded.

The project in depth
BlackHoleCam: Imaging the Event Horizon of Black Holes

Black holes are notoriously elusive with a gravitational field so large that even light cannot escape their grip. The team plans to make an image of the event horizon – the border around a black hole which light can enter, but not leave.

“While most astrophysicists believe black holes exists, nobody has actually ever seen one”, says Heino Falcke, Professor in radio astronomy at Radboud University in Nijmegen and ASTRON, The Netherlands. “The technology is now advanced enough that we can actually image black holes and check if they truly exist as predicted: If there is no event horizon, there are no black holes”.

So, if black holes are black and are hard to catch on camera, where should one look? The scientists want to peer into the heart of our own Galaxy, which hosts a mysterious radio source, called Sagittarius A*. The object is known to have a mass of around 4 million times the mass of the Sun and is considered to be the central supermassive black hole of the Milky Way.
As gaseous matter is attracted towards the event horizon by the black hole’s gravitational attraction, strong radio emission is produced before the gas disappears. The event horizon should then cast a dark shadow on that bright emission. Given the huge distance to the centre of the Milky Way, the shadow is equivalent to the size of an apple on the moon seen from the earth.

However, by combining high-frequency radio telescopes around the world, in a technique called very long baseline interferometry, or VLBI, even such a tiny feature is in principle detectable. Falcke first proposed this experiment 15 years ago and now an international effort is forming to build a global “Event Horizon Telescope” to realize it. Falcke is convinced: “With this grant from the ERC and the excellent expertise in Europe, we will be able to make it happen together with our international partners”.

In addition, the group wants to use the same radio telescopes to find and measure pulsars around the very same black hole. Pulsars are rapidly spinning neutron stars, which can be used as highly accurate natural clocks in space.  “A pulsar around a black hole would be extremely valuable”, explains Michael Kramer, managing director of the Max-Planck-Institut für Radioastronomie in Bonn. “They allow us to determine the deformation of space and time caused by black holes and measure their properties with unprecedented precision”. However, while radio pulsars are ubiquitous in our Milky Way, surprisingly none had been found in the centre of the Milky Way for decades. Only recently Kramer and his team found the very first radio pulsar around Sagittarius A*. “We suspect there are many more radio pulsars, and if they are there we will find them”, says Kramer. 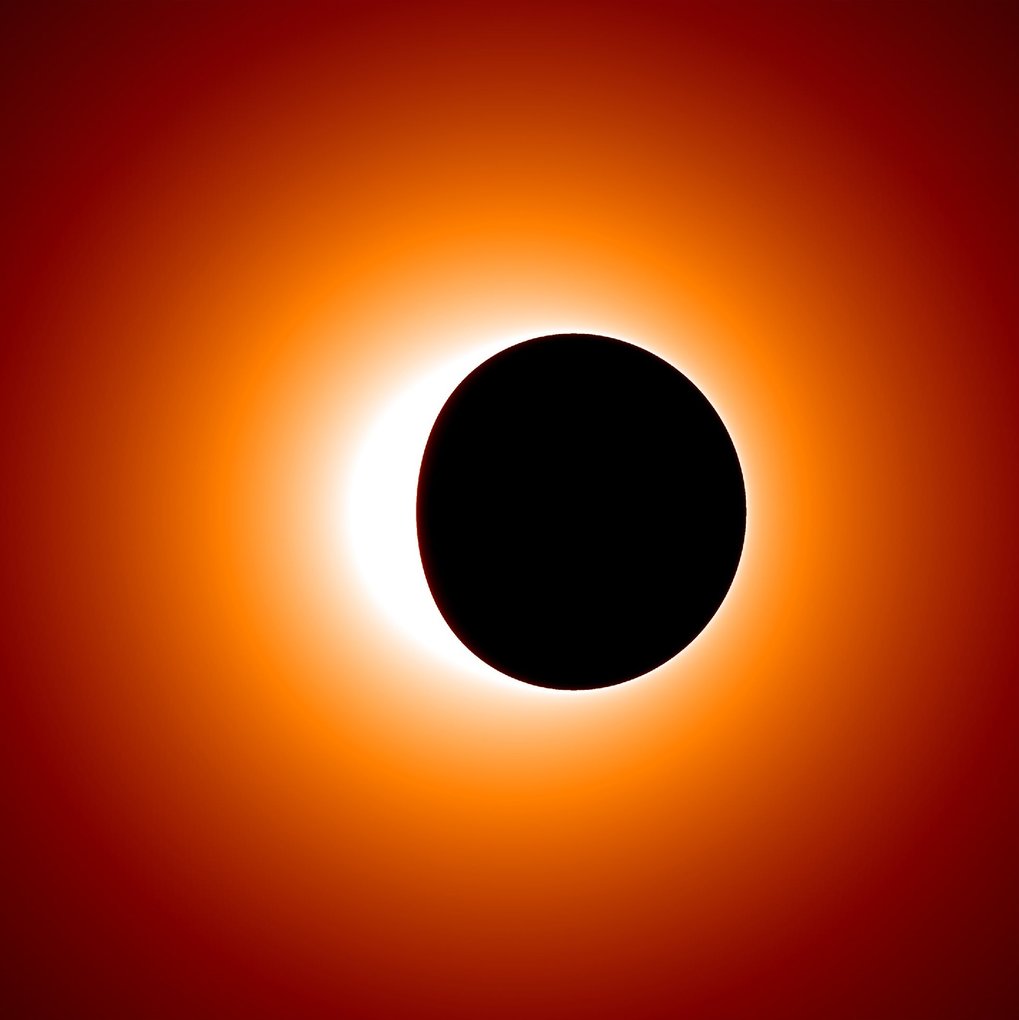 Behaviour of light and matter

But how will scientists be really sure that there is a black hole in our Milky Way and not something else that behaves in a very similar way? To answer this question, the scientists will combine the information from the black hole shadow and from the motion of pulsars and stars around Sagittarius A* with detailed computer simulations of the behaviour of light and matter around black holes as predicted by theory.
“We have made enormous progress in computational astrophysics in recent years”, states Luciano Rezzolla, Professor of theoretical astrophysics at the Goethe University in Frankfurt and head of the gravitational-wave modelling group at the Max-Planck-Institut für Gravitationsphysik. “We can now calculate very precisely how space and time are warped by the immense gravitational fields of a black hole, and determine how light and matter propagate around black holes”, he remarks. “Einstein’s theory of General Relativity is the best theory of gravity we know, but it is not the only one. We will use these observations to find out if black holes, one of the most cherished astrophysical objects, exist or not. Finally, we have the opportunity to test gravity in a regime that until recently belonged to the realm of science fiction; it will be a turning point in modern science”, says Rezzolla.

The principal investigators will closely collaborate with a number of groups throughout Europe. Team members in the ERC grant are:

The efforts of the Max-Planck-Institut für Radioastronomie will be conducted jointly with the VLBI group and the high-frequency radio astronomy groups at the institute and their directors Anton Zensus and Karl Menten.

The scientists also want to make use of the two major European millimeter radio observatories (NOEMA and the IRAM 30m telescope) operated by IRAM, a joint German/French/Spanish radio astronomy institute.