Molecule Hunter in the Universe

HIFI has opened up new window to explore the cosmos

After 3.5 years the liquid helium coolant on board of ESA's Herschel Space Observatory has finally run out. This means that the molecule hunter HIFI - one of its three instruments - has ceased to collect spectra. But the scientific heritage is impressive already. Thanks to HIFI, scientists now much better understand the cosmic cycle of gas which leads to for instance the birth of stars and planets, and the role (water) molecules play. 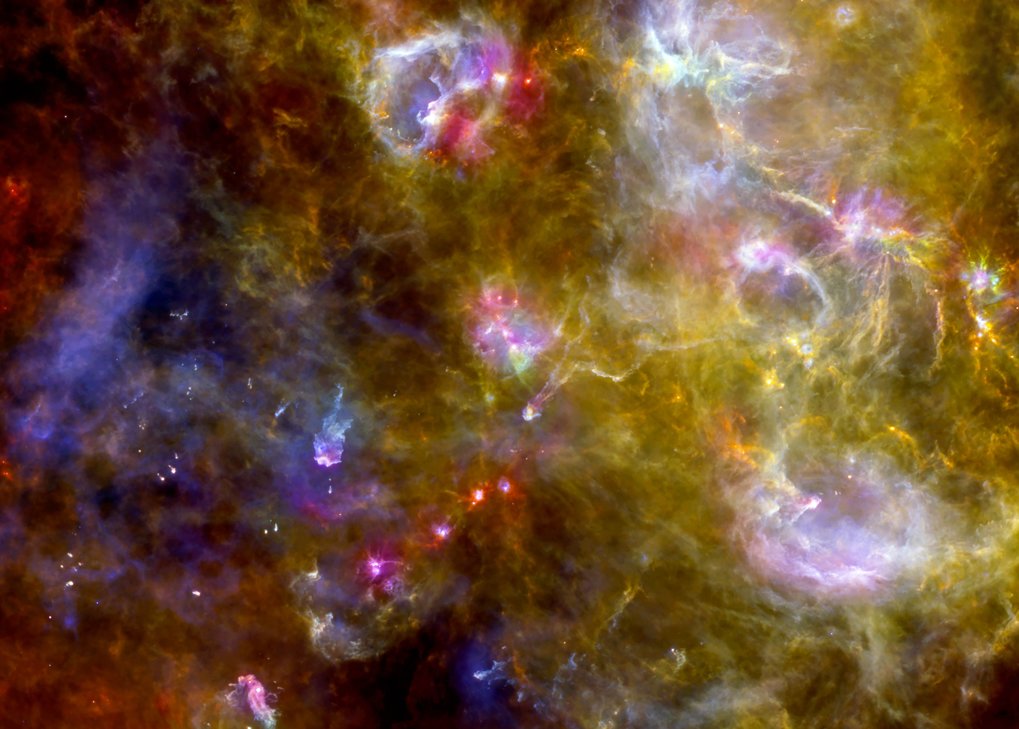 HIFI has extracted a wealth of unique information from very different environments - from shells of dying stars to galaxy cores and comets. The Molecule Hunter was able to do this because of an unbeatable combination of uninterrupted spectral coverage, high spectral resolution and calibration accuracy. This combination may not be available in space for another 40 years.

Water trail
Frank Helmich (SRON), HIFI's Principal Investigator: "Water has been one of the most important targets for HIFI because of its rich spectrum and high abundance, and because it plays such an important role in star formation. Because of the high water vapor content of our own atmosphere, the data from space obtained with HIFI are a true legacy for decades to come."

Water has been used to trace new types of shock waves present in the outflows that are part of the formation processes of stars. It has also been used to detect material flowing onto a star in the very first stages of its formation and to probe the cold water reservoir in the outer regions of planet-forming disks, with the water released from ice by a weak UV radiation field triggered by cosmic rays. Together, these data will allow to put together the water trail from collapsing clouds to planetary systems.

Investigation of the solar system
An unexpected discovery was a huge water torus surrounding Saturn, apparently fed by cryovolcanic activity of Enceladus. This torus is the long sought-after source of the stratospheric water in Saturn and Titan.

HIFI found for the first time water in comets showing the same isotopic composition than water on Earth. "This pioneering result contributes substantially to the on-going paradigm change about the formation and evolution of the solar system" says Paul Hartogh from the MPI for Solar System research.

Molecules in CO dark gas
HIFI was looking for hydride molecules, which are very important building blocks of chemistry, but unobservable from the ground. The amount and relative abundances of the detected molecules came as a large surprise. Molecules such as ionized water (H2O+) and OH+ were, contrary to expectation, much more abundant than protonated water (H3O+). HIFI Co-I Volker Ossenkopf (University of Cologne) says "HIFI observations have revolutionized our view of the interstellar medium in ways we hadn't even dared to dream about when Herschel was launched, leading to completely new insight into the chemical pathways."

Cosmic rays were not only detected through the ionizing influence they have on interstellar gas. Several times observations were interrupted by a hit of such a high energy particle in the electronics of HIFI (local cosmic rays). Every time HIFI was successfully restarted. 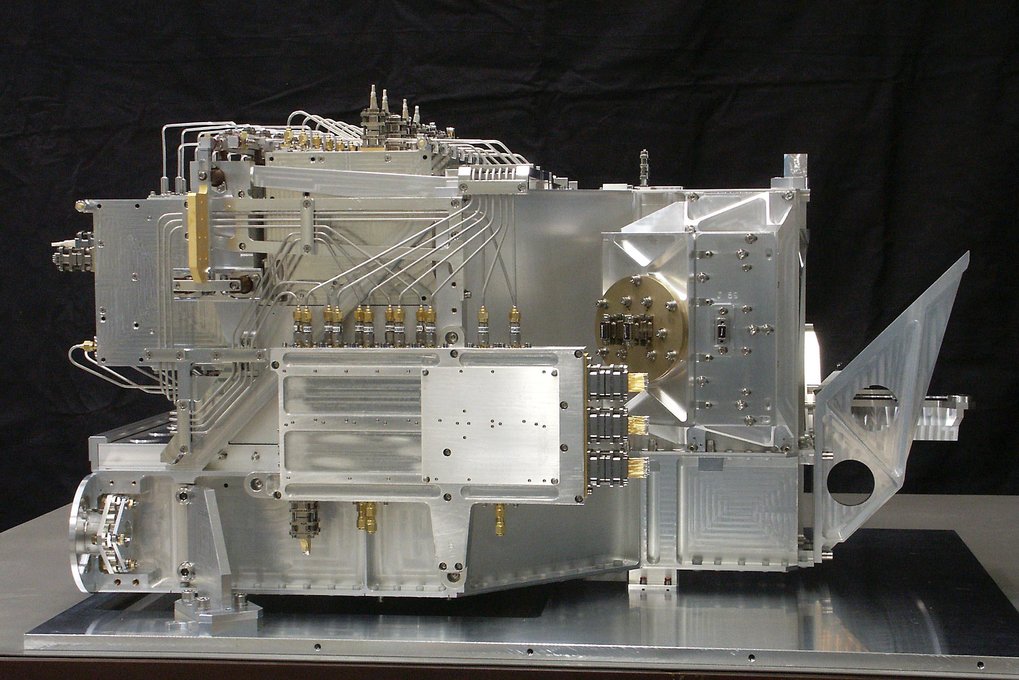 Spectral scans
Besides observations of single molecules, HIFI also excels in making complete spectral scans. Such scans contain tens of thousands of lines from, in some cases, over 50 molecular species arising from within water and organic rich interstellar gas clouds. These observations directly characterize the chemical composition of star-forming gas with unprecedented accuracy while offering the unprecedented ability to probe gas physics with hundreds to thousands of lines of a single molecule. University of Cologne researcher Peter Schilke, who was involved in two Key Programs of spectral scans: "We have done ground-based line surveys before, but the HIFI results have blown us out of the water. The high sensitivity, high quality and the access to the high-frequency range, unavailable before HIFI, have lifted this research to a new level, which will take many years to fully digest."

"With HIFI we have been able to decypher many details of the physical and chemical state of the interstellar medium that were previously not accessable to astronomical observations", says HIFI Co-PI Jürgen Stutzki from the Submm-Astronomy group at the University of Cologne.

"We had the rare occasion to scientifically exploit a completely new part of the electromagnetic spectrum", concludes Co-I Karl Menten from the Max Planck Institute for Radio Astronomy (MPIfR) in Bonn. "HIFI delivered a whole number of stunning surprises." The Submillimeter Astronomy groups at the University of Cologne and at the MPIfR provided a significant contribution to the HIFI instrument and hence for the success of the mission.