LOFAR, the Low Frequency Array, is a new radio telescope under construction by ASTRON in the Netherlands and is operating in the largely unexplored frequency range between 10 and 240 MHz. LOFAR leads the way for a new generation of radio telescopes, like the planned  Square Kilometre Array (SKA), consisting of a multitude of small and cheap antennas. At present, LOFAR consists of 38 stations in the Netherlands, 6 in Germany, 3 in Poland and one each in France, Sweden, the UK, Ireland, and Latvia. In Italy, a LOFAR station is planned at Medicina. Each station consists of two parts, one for the low band (LBA) between frequencies of 10 and 80 MHz and one for the high band between 110 and 240 MHz. Both parts are made of many dipole (192 for LBA and 3072 for the HBA in international stations) that are combined electronically. The signals are sent to the central computing facilities in Groningen (NL), where they are correlated in realtime and converted to images, spectra and time series for pulsar studies. LOFAR has many flexible observing modes that can be used to simultaneously point at several directions on the sky. Other modes allow monitoring of the entire visible radio sky continuously. The international baselines for the first time provide sub-arcsec resolutions in this frequency range.

The first international station (text  in German) next to the 100-m Effelsberg radio telescope was completed in 2009 and is run by the MPIfR in collaboration with ASTRON. The MPIfR is member of the German Long Wavelength Consortium (GLOW), which coordinates the collaboration with the other German LOFAR sites in Jülich, Norderstedt, Potsdam, Tautenburg and Unterweilenbach.

In addition to taking part in observations with the full array (International LOFAR Telescope, ILT) for various projects, including high-resolution studies of radio sources and pulsar surveys, the group is using the Effelsberg LOFAR station to image the Milky Way, study pulsars in detail, and for system tests and development. 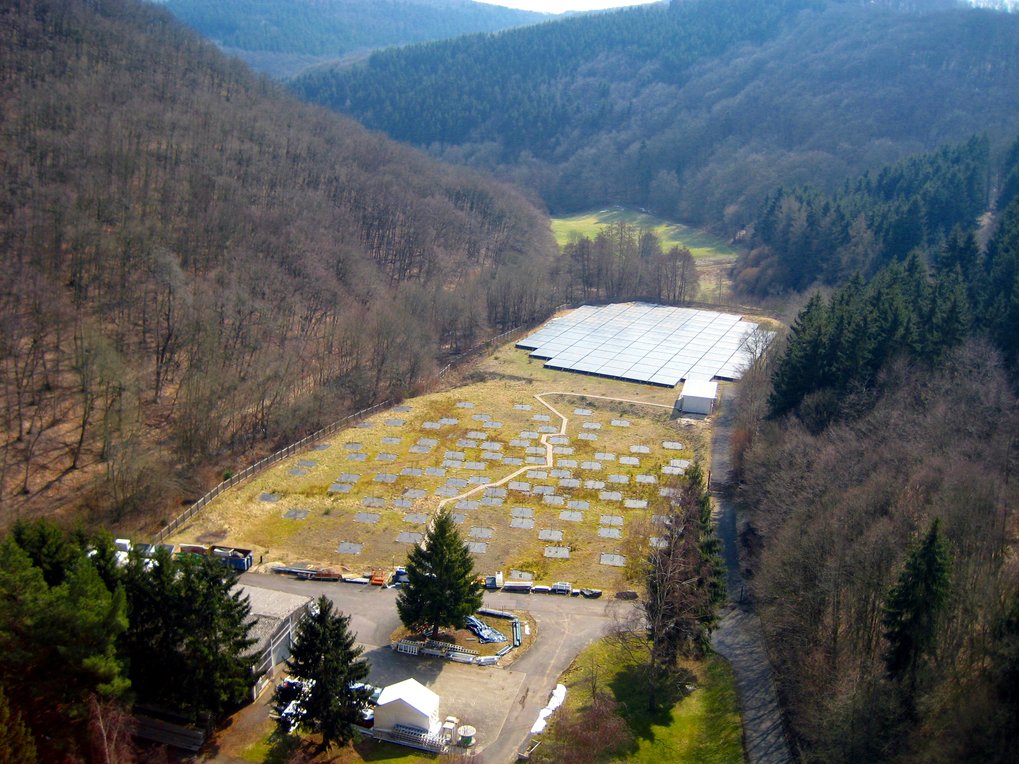