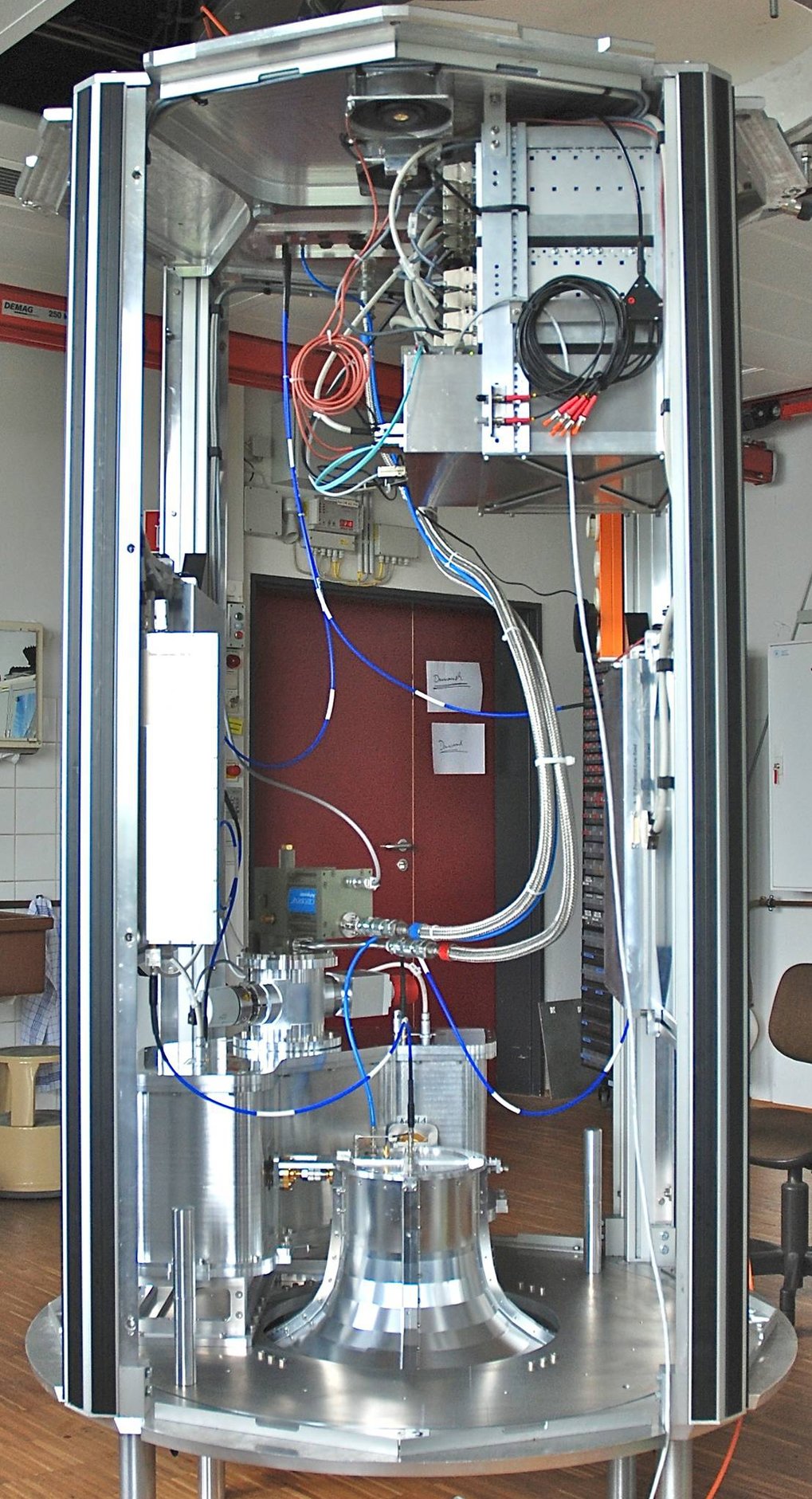 The BEACON project was submitted to the European Research Council (ERC) in October 2010. It included, among other items, a request for funding of the construction of an ultra broadband receiver (UBB) with a frequency between 0.6 and 3 GHz - the optimal frequencies for pulsar timing. The grant also covered the construction of the associated back-ends and their installation, maintenance, and operation at the Effelsberg 100-m telescope for a period of 5 years. The ERC decided to fund the project in June 2011.

Implementation started in September 2011 by the MPIfR workshops and the electronics labs. The main back-end system consists of a high-speed (12.5 GHz) Tektronix ADC, capable of fully Nyquist sampling two 3.125 GHz polarization channels, supported by a complex and challenging interface module. This forwards the 8-bit voltage data to a digital polyphase spectrometer, to be implemented in a FPGA-based Uniboard 1 computer. The firmware for this is being implemented at INAF/Arcetri, our Italian partner institution in the BEACON project. This produces discrete 25-MHz bands which are then coherently dedispersed and folded in real time by a GPU cluster.

In June 2012, the receiver (Fig. 1) was being tested in the lab. In Fig. 2, we look down into the quad-ridge horn, designed by Sander Weinreb at the Jet Propulsion Labs within the US Technology Development Project (TDP). The feed is one of the innovative features of this receiver, machining it was a major task, requiring inputs from all parts of the electronic division and many man-months from the technicians at the MPIfR workshop. In Fig. 3, we look down on the back of the horn and we can see how it is connected to the dewar. These connectors are of a new design and they lower the receiver noise significantly - a very important quantity for pulsar experiments. The preliminary tests indicate at extremely low system temperature of < 25 K.

At the beginning of July 2012 the receiver was hoisted into the focus cabin of the Effelsberg telescope and started undergoing pointing and focusing tests. On July 18, the first pulsar observations were made using the current ROACH board/Asterix pulsar timing system. Amazingly, everything worked very well: we pointed the receiver at a pulsar and immediately a bright detection of PSR B1937+21 (Figs. 4 and 5) appeared on the screen!

The observations gave us a preliminary indication of the sensitivity of the system, which was constrained by very strong radio frequency - to a higher degree than expected. This was later found to be due to a TETRA transmitter near the Effelsberg telescope, with an unexpectedly strong line at 396 MHz. Although this is out of our nominal detection band, it is so strong that the LNA was still going in saturation for a large fraction of the time.

Because of this, the receiver was fitted with a high-pass filter in front of the first Low-Noise amplifier. This has slightly degraded the system temperature (by about 1 K), making it a reasonable compromise given the gains in the system robustness. The receiver was taken back to the focus cabin of Effelsberg in May 2013 and the results showed that it has substantially decreased the number of times the receiver saturates or goes non-linear. 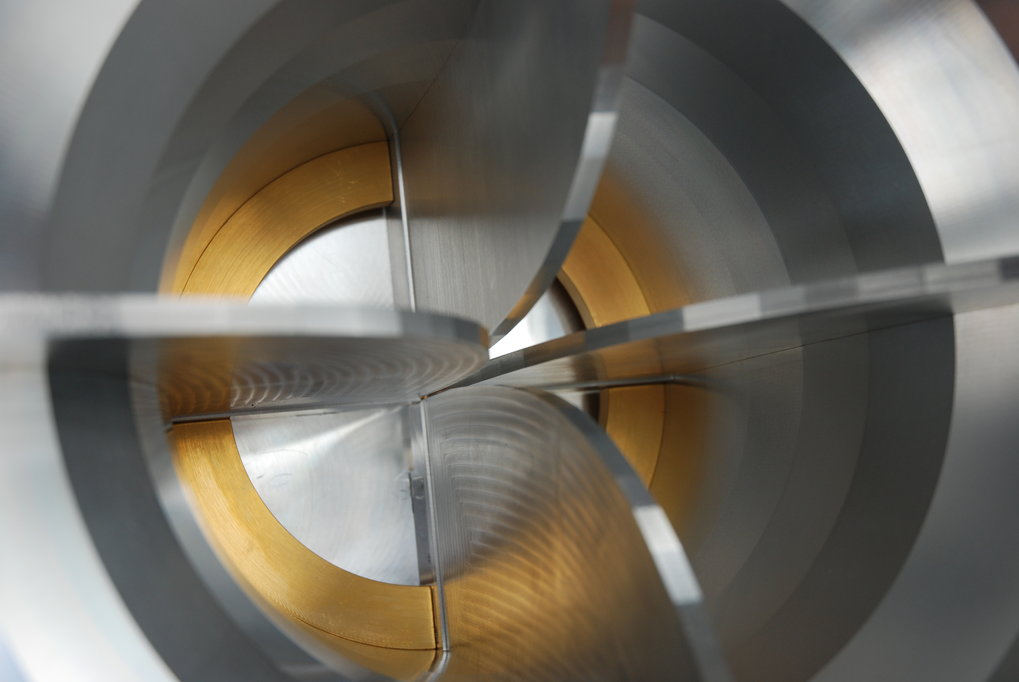 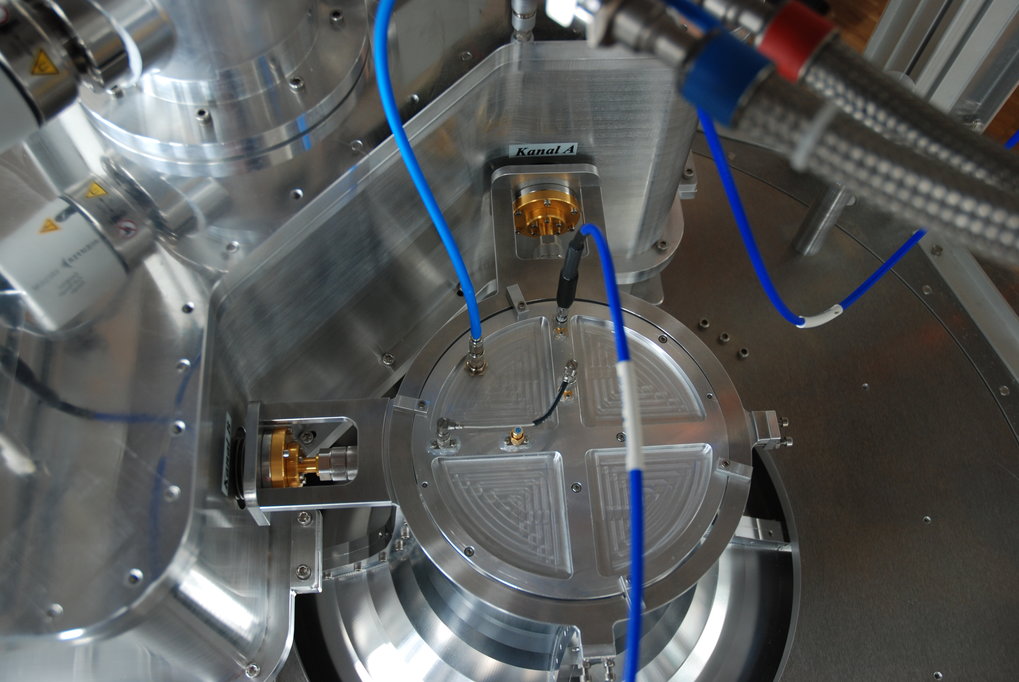