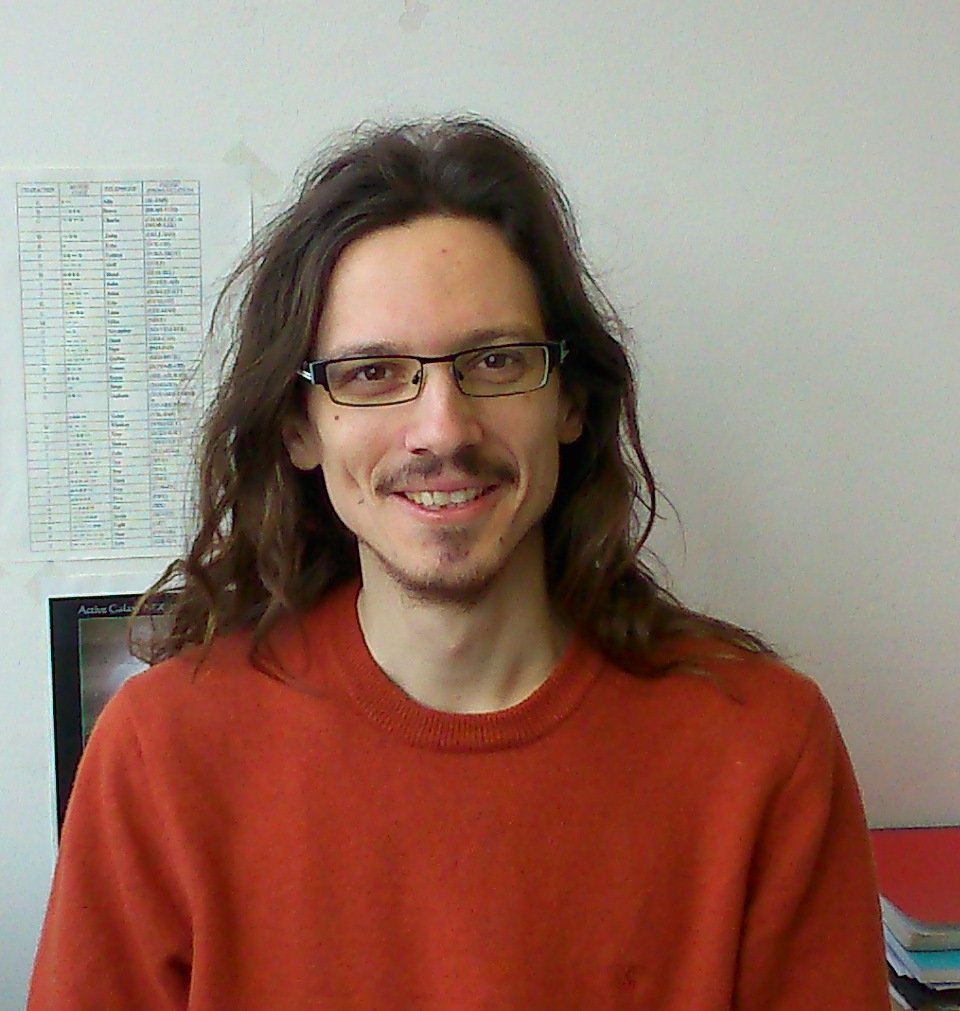 The thesis  The primary goal of my research during my PhD was the development of a wavelet-based tools for 2D image analysis, and the application on the analysis of transversely resolved jets of AGN.

Radio-loud AGN typically manifest powerful relativistic jets extending up to millions of light years and often showing superluminal motions organized in a complex kinematic pattern. A number of physical models are still competing to explain the jet structure and kinematics revealed by radio images using the VLBI technique. Robust measurements of longitudinal and transverse velocity field in the jets would provide crucial information for these models. This is a particularly difficult for transversely resolved jets in objects like 3C 273 and M 87.

To achieve these goals, I have developed a new wavelet based image segmentation and evaluation (WISE) method which provides efficient, objective, and reliable decomposition and tracking of two-dimensional structural patterns in astronomical images. 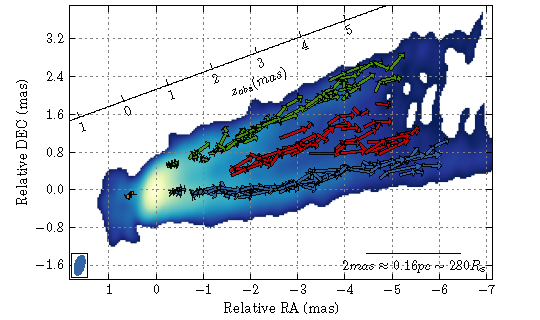 WISE was used to investigate in full detail the two-dimensional kinematic evolution of the innermost jet in M87, which is a unique probe of AGN jet acceleration and collimation region. The observed evolution of the velocity with distance from the core was successfully model in the framework of MHD acceleration by conversion of Poynting energy into kinetic energy. We found that equipartition between Poynting and kinetic energy is reached at a distance of a few parsec, which is in excellent agreement with previous analytic and simulation works. A signature of the jet rotation was also revealed by the observation of a systematic difference of the apparent speed between the northern and southern limbs of the jet. The corresponding field line angular velocity that we obtained suggests that the jet in M87 is launched in the inner part of the accretion disk.

About me  I was born in a small town in the center of France. After completion of a Master degree in Physics at the University Paris 11 with pecialization on instrumental and computational astrophysics, I worked two years for the CoRoT satellite mission at Paris Observatory. I started my PhD degree in January 2012 as an IMPRS fellow of the VLBI group at MPIfR.