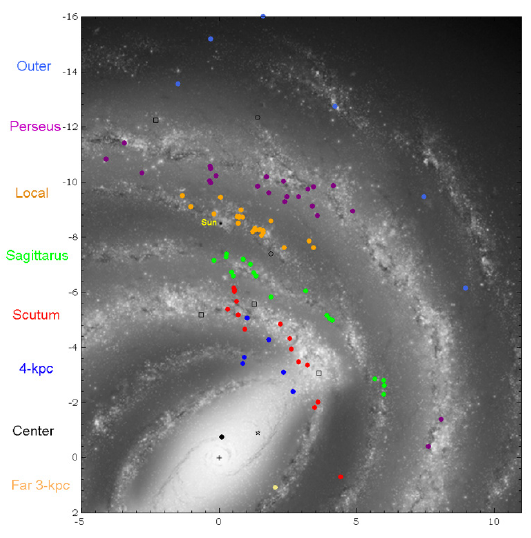 The Milky Way is a barred spiral galaxy, as seen from observations of CO and HI gas, and star counts. However, our location in the Galaxy makes it difficult to determine the number and positions of spiral arms, the extent and orientation of the central bar, and the Galaxy's rotation curve. As a result, even the most fundamental parameters of the Milky Way, such as the distance to the Galactic center, R0, and the rotation speed, Î0, are still not known with high accuracy. These values are not only important for Galactic astronomy, but also for a wide range of different fields. In recent years, many large scale surveys have covered the Galactic Plane in all wave bands from radio to gamma rays. All of these surveys are two dimensional, and using them to construct a three dimensional model of the Milky Way is not trivial, mainly due to large uncertainties in distance measurements. These uncertainties also affect the interpretation of these surveys, since most astrophysical quantities, such as linear size, mass, and luminosities, strongly depend on the distance to the object.