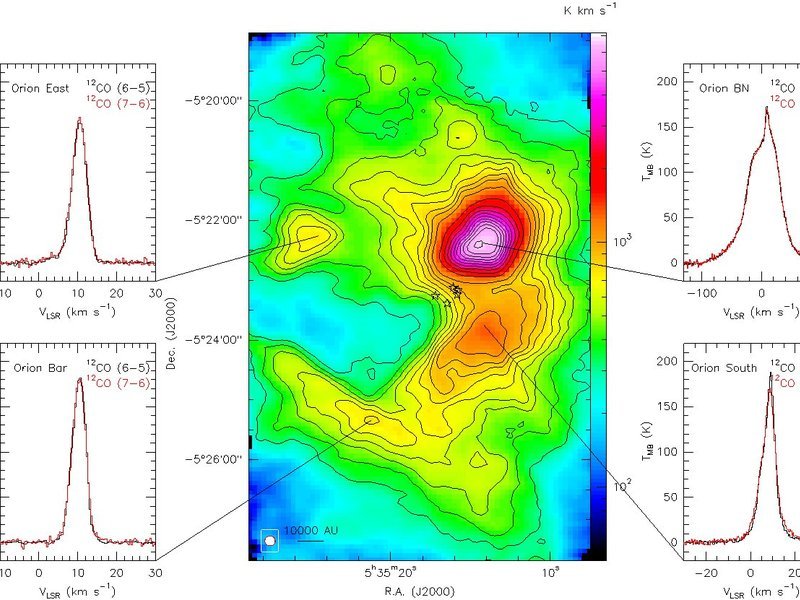 Massive stars have a strong influence on the appearance of galaxies: with their strong outflows during their formation, their winds and UV radiation and, at the end of their lifes, powerful supernova explosions. In spite of their importance, much less is known about their process of formation than for their lower mass, sun-like siblings.

Using teleccopes operating at a large range of wavelenghts (e.g. at cm-wavelengths using Effelsberg, and mm-wavelengths using the IRAM 30m and NOEMA telescopes and at submm-wavelenghts using APEX, ALMA and SOFIA) and at submm-wavelenghts using APEX, Herschel, SOFIA) many aspects of star formation are studied, in particular with large scale spatial surveys to find and characterize star forming regions in a variety of evolutionary stages and with molecule line surveys to determine their physical and chemical conditions.