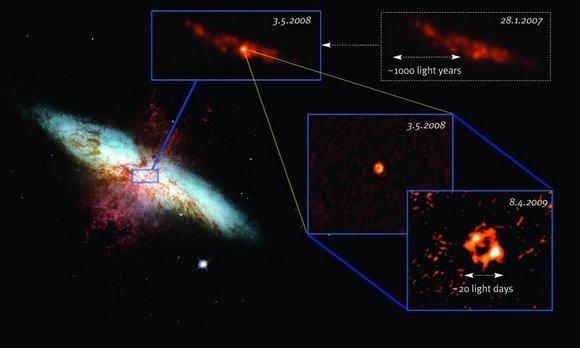 After the discovery of SN 2008iz in M82, we have monitored the evolution of the source regularly with VLBI observations at 1.6, 5, and 8.4 GHz. The VLBI images reveal a shell-like structure with circular symmetry, which expands in a self-similar way. The expansion curve obtained from our VLBI observations is marginally decelerated (m=0.89) and can be modeled simultaneously with the available radio light curves. While the results of this simultaneous fitting are not conclusive (i.e. different combinations of values of the magnetic field, CSM density profile, and electron energy distribution, provide fits to the available data with similar quality), additional observations should allow a more robust and detailed modeling. Apart from our observations of SN2008iz, archival data of SN2007gr was reduced, and we were able to show that this source does not show a relativistic outflow, in contrast to earlier claims in the literature.  The nearby SN 2011dh in M51 has been also observed with the VLA and VLBI, which allowed us to follow the spectral and structural evolution and estimate an expansion velocity of 21000 km/s.

Water in nearby Galaxies 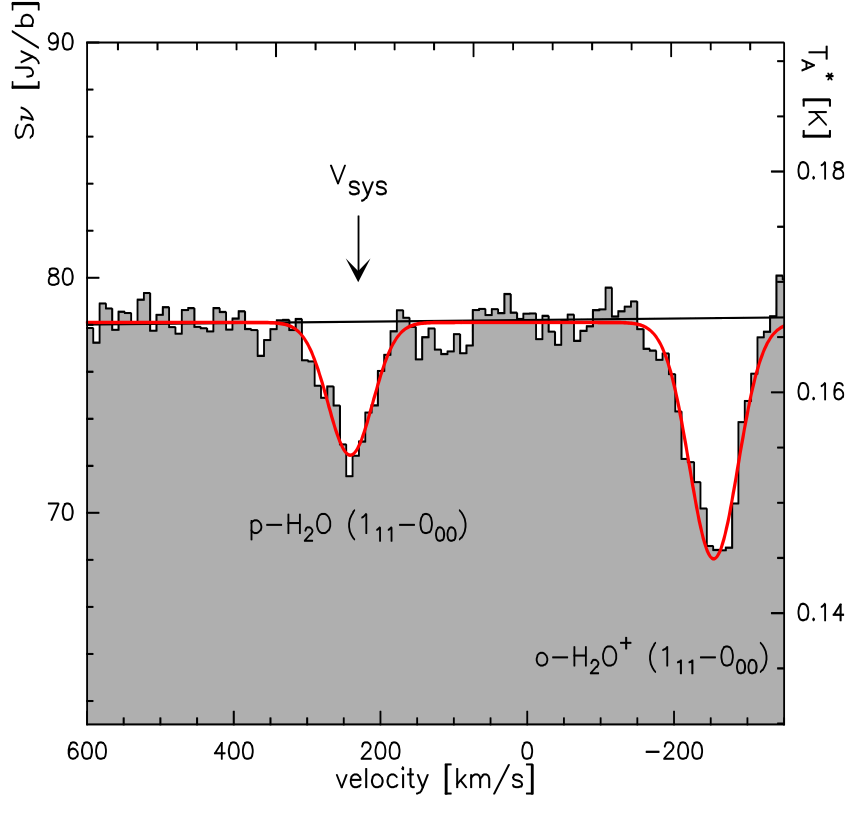 Herschel allows us for the first time to study water in nearby galaxies. In the context of the HexGAL GT keyproject we observed the rotational ortho-water ground transition, the two lowest para-water transitions, and the ground transition of ionized para-water in the archetypal starburst galaxy M82, using the HIFI instrument on the Herschel Space Observatory. These observations are the first detections of the para-H2O(111-000) (1113GHz) and ortho-H2O+(111-000) (1115GHz) lines in an extragalactic source. All three water lines show different spectral line profiles, underlining the need for high spectral resolu- tion in interpreting line formation processes. Using the line shape of the para-H2O(111-000) and ortho-H2O+(111-000) absorption profile in conjunction with high spatial resolution CO observations, we show that the (ionized) water absorption arises from a 2000 pc2 within the HIFI beam located about ~50 pc east of the dynamical center of the galaxy. This region does not coincide with any of the known line emission peaks that have been identified in other molecular tracers, with the exception of HCO. Our data suggest that water and ionized water within this region have high (up to 75%) area covering factors of the underlying continuum. This indicates that water is not associated with small, dense cores within the ISM of M82 but arises from a more widespread diffuse gas component.

The Star-formation Law in Nearby Galaxies 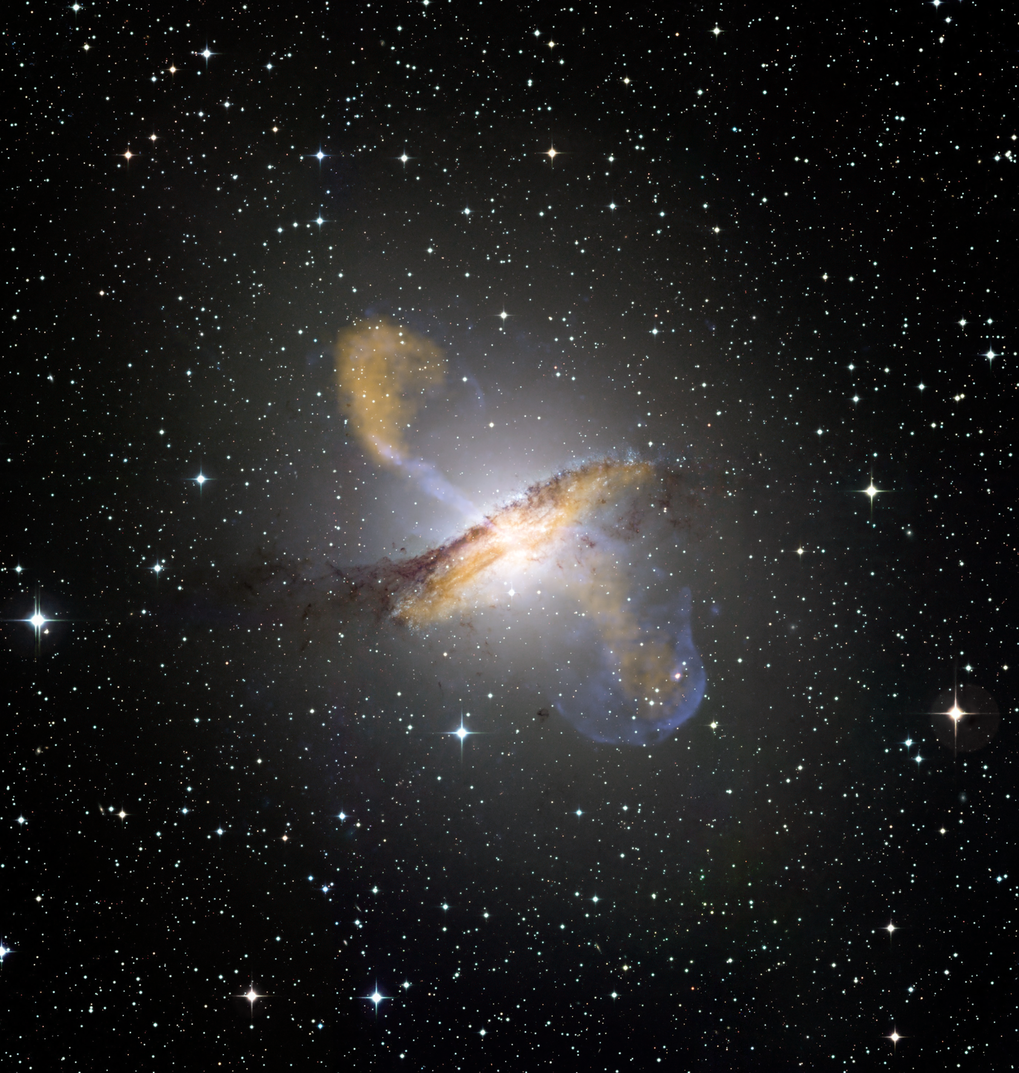 The interstellar medium (ISM) plays a key role in the star formation history of galaxies. Molecular hydrogen, H2, is the phase of the interstellar medium (ISM) most closely related to star formation. Clouds of molecular gas are thought to be birthplaces of virtually all stars, and H2 often dominates the mass budget of the ISM in the inner, most vigorously star-forming parts of spiral galaxies. Building up on our LABOCA observations of SINGs galaxies, the IRAM 30m CO(2-1) HERACLES sample and HERSCHEL dust continuum observations (KINGFISH) we have studied the star-formation law in nearby galaxies. One of the main results comes from the HERACES survey from which we investigate the star-formation law via stacking techniques in the HI dominated outskirts of nearby galaxies. We show also in these regions the SFR law is “purely a molecular law” with a linear relation between the surface density of molecular gas and star formation. We also investigate the star-formation law in nearby, low metallicity dwarf galaxies. Here LCO per SFR orders of magnitude smaller in dwarf galaxies. One possible interpretation is that dwarf galaxies form stars much more efficiently; we argue that the low LCO/SFR ratio is due to the fact that the CO-to-H2 conversion factor, αCO, changes significantly in low metallicity environments. 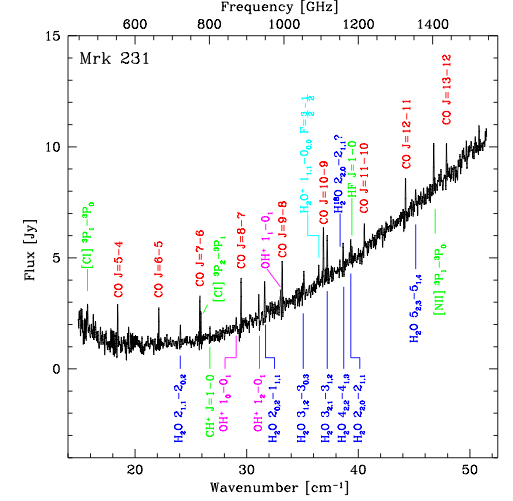 Herschel for the first timeopens up the window to high-J CO and other important diagnostic molecular and atomic lines in the submm regime. The Herschel Comprehensive (U)LIRG Emission Survey (HerCULES) has used SPIRE and PACs spectroscopy to observe these line in a flux limited sample of most extremely star-forming nearby galaxies. HerCULES  provides us for the first time with a local comparison sample to actively star-forming galaxies at high redshift and provides the most detailed diagnostic of the physical conditions in the ISM of extreme starbursts. The data allows us to identify the signature of AGN heating on the molecular gas as well as signatures of galaxy wide shocks. One of the big surprises from HerCULES and other spectroscopic Herschel surveys is the detection of strong lines of H2O in actively star-forming galaxies. The H2O lines often have comparable flux densities to adjacent CO lines and provide a new diagnostic of the dense, star-forming ISM. In many environments HerCULES also reveals the presence of reactive ions such as OH+, CH+ and H2O+ as well as fluorides (HF).  This wealth of data will be a gold mine for studies aiming to characterize the ISM for many years to come. 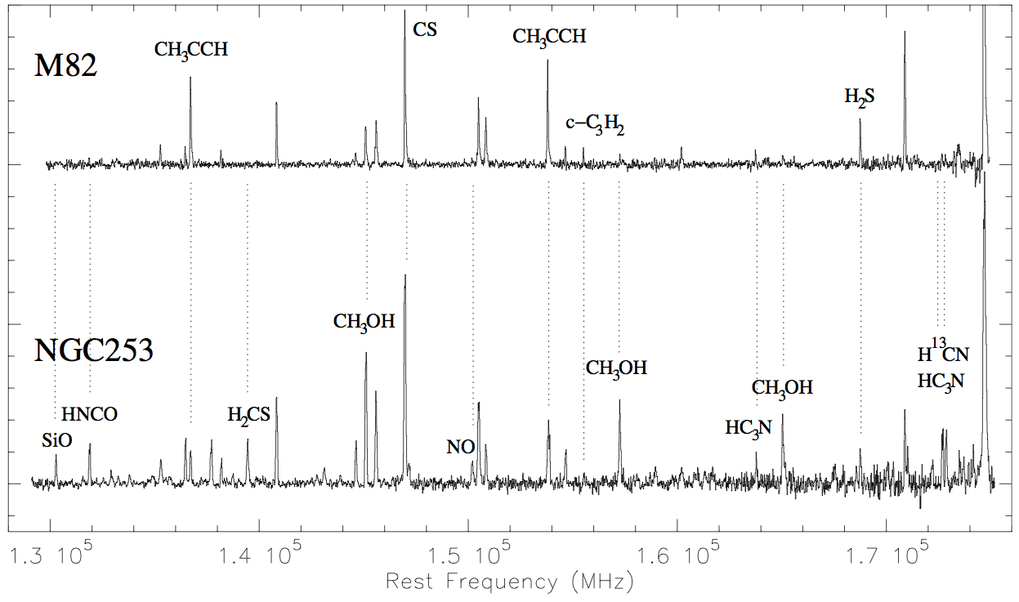 To study the chemical complexity towards the central parts of the starburst galaxy M82, a spectral line survey was carried out with the IRAM-30 m telescope towards its northeastern molecular lobe, covering 129.8 - 175.0 GHz and 241.0 - 260.0 GHz. Sixty-nine spectral features corresponding to 18 different molecular species are identified. In addition, three hydrogen recombination lines are detected. The species NO, H2S, H2CS, NH2CN, and CH3CN were reported for the first time in this prototypical galaxy. The chemical compositions of the two starburst galaxies M82 and NGC253 are compared. This comparison allows us to establish the chemical differences between the products of the strong photon-dominated regions driving the heating in M82, and the large-scale shocks that influence the properties of the molecular clouds in the nucleus of NGC253.  Some key molecules highlight the different physical processes dominating the central regions. Examples include CH3CCH, c-C3H2, and CO+, the abundances of which are clearly higher in M82 than in NGC253, pointing at photodissociating regions. On the other hand, species such as CH2NH, NS, SiO, and HOCO+ have abundances, which are larger by up to one order of magnitude in NGC 253.